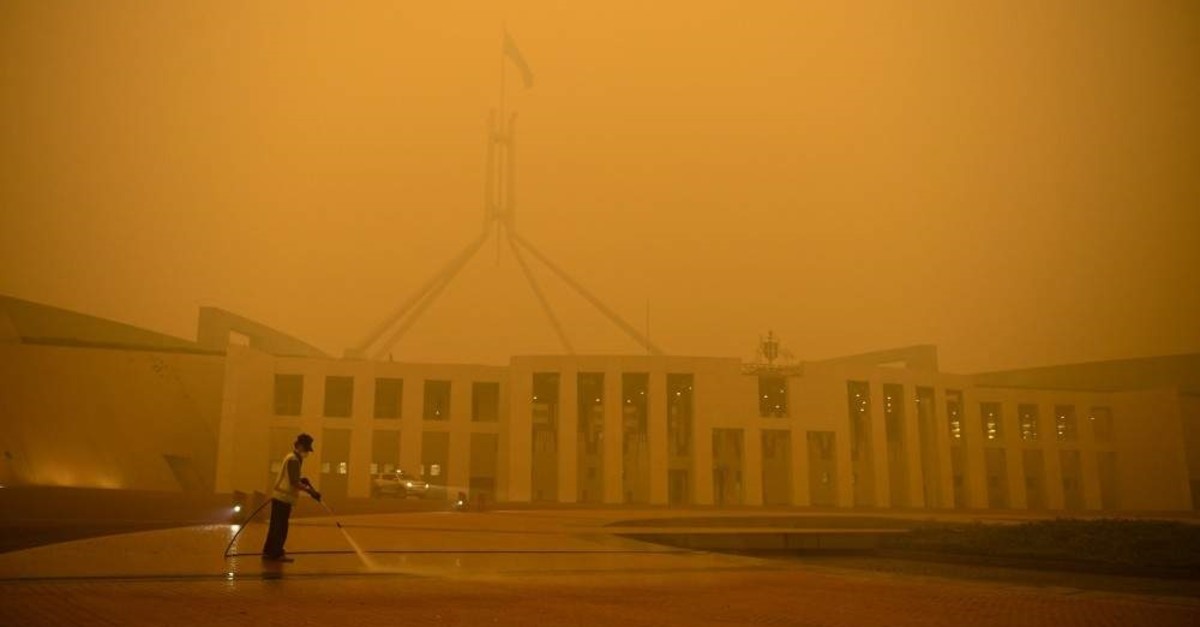 Australia's capital Canberra currently has the worst air quality in the world due to smoke from bushfires around the region, but residents have complained about masks being unavailable.

Public galleries, museums, parks, universities and even the city shopping center have been forced to close Sunday, while Qantas has canceled all its flight to the nation's capital.

The Australian Capital Territory (ACT) government has asked residents to stay indoors as thick orange haze has shrouded the city amid extremely low visibility. ACT Fire and Rescue responded to more than 200 automatic fire alarms on Saturday night that were triggered by the thick smoke.

"We know the amount of smoke around the Territory continues to be of great concern to residents. It is uncomfortable and we know many people are anxious about their exposure to smoke," ACT Chief Minister Andrew Barr told reporters in Canberra on Sunday. "The best way, far and away, to avoid that smoke exposure is to stay indoors. Please do so."

According to ACT's health, the air quality index (AQI) in the city center was 3362 on Sunday afternoon. Anything above 200 is considered hazardous. The highest pollutant is PM2.5 – the concentration of microscopic floating particulate matter that gets deep into the lungs and bloodstream.

Grade-two student Ysabelle-Grace Carleon, 7, says she misses playing with her younger sister in the park. "The air is really bad. We are wearing masks, but we can't go out to play anymore. We can't go swimming. I am sad," she told dpa. Her school has been closed for summer vacation since Christmas, "but I am sad I can't go out."

According to ACT's Emergency Services Agency, the air pollution is largely due to easterly winds carrying smoke from New South Wales into the region as dozens of bushfires have raged for weeks.

The ACT is also in a state of alert due to heightened fire risk, but the nearest active blaze front is 60 kilometers from Canberra. That has not stopped the capital to get terrible air quality, which was rated the worst in the world on three separate days this week.

According to IQ Air Visual, the world's largest air quality database with more than 10,000 locations, Canberra's air quality on Sunday was three times worse than New Delhi and four times worse than Lahore. Many offices, including the U.N., have told their staff that they could work remotely due to smoke pollution.

Meanwhile, Canberra residents have complained about shortages of the specific P2 and N95 particulate-filter masks, which the territory health department has recommended due to smoke, though they do not completely filter out the hazardous particles.

Since Australia Post has suspended services in the territory due to the heavy bushfire smoke, online orders remain futile, which has added to the residents' frustration. Barr said new shipments of some 100,000 such particulate-filter masks will arrive and be available Monday.

"These will be made available to vulnerable people in our community, such as those taken early sensitive to smoky conditions, and those unable to avoid long outdoor exposure," Barr said. The federal government will also open the national medical stock of masks to help authorities on front lines in Victoria and NSW.