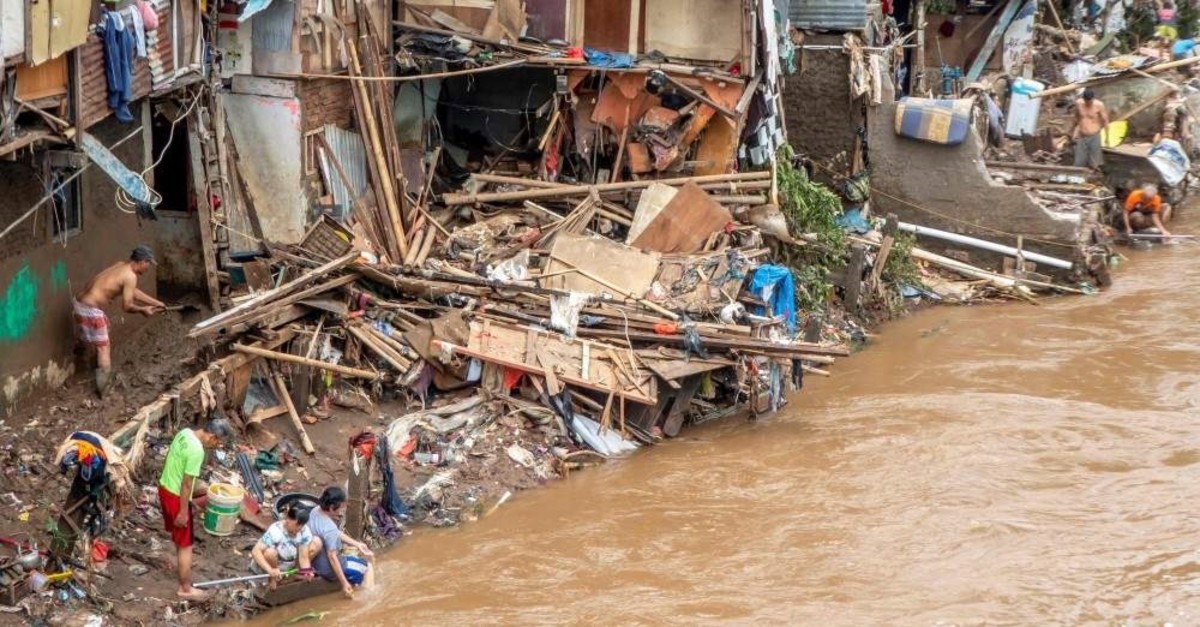 Indonesians clean their homes and cutlery along the river in Jakarta on Jan. 3, 2020, after flooding triggered by heavy rain that started on New Year's Eve hit the area. (Photo by BAY ISMOYO / AFP)
by Anadolu Agency Jan 06, 2020 4:18 pm

The death toll from severe flooding and landslides that struck the Indonesian capital Jakarta over the New Year' s holiday has risen to 66, the state-run disaster management authority announced yesterday.

Agus Wibowo, spokesman for the Indonesian National Disaster Management Agency, said in a statement that some of the disaster-hit people had started to return to their homes; this marking a decline in the number of refugees at some shelters.

Wibowo added that flooding in the capital and nearby towns was continuing to recede, with several areas around Jakarta, Lebak Regency, Bogor City and Depok Regency having already dried up.

"Even though the flooding has receded in some areas, people are still advised to be vigilant," he announced.

The Meteorology, Climatology and Geophysics Agency (BMKG) predicted harsh weather with heavy rains to continue to hit Jakarta and nearby towns through next week.

A total of 169 areas across Indonesia were reported last Wednesday to have been overwhelmed by floods, with 63 reported in Jakarta, 97 in West Java and nine regions in the western Banten province.

The BMKG recorded rainfall intensity on New Year's Eve at 377 millimeters (15 inches) per day, the highest since 2007 when it reached 340 mm per day.

Located in the equatorial belt, Indonesia with its tropical climate often suffers from flash floods and landslides, mainly triggered by monsoon rainfall between October and April.