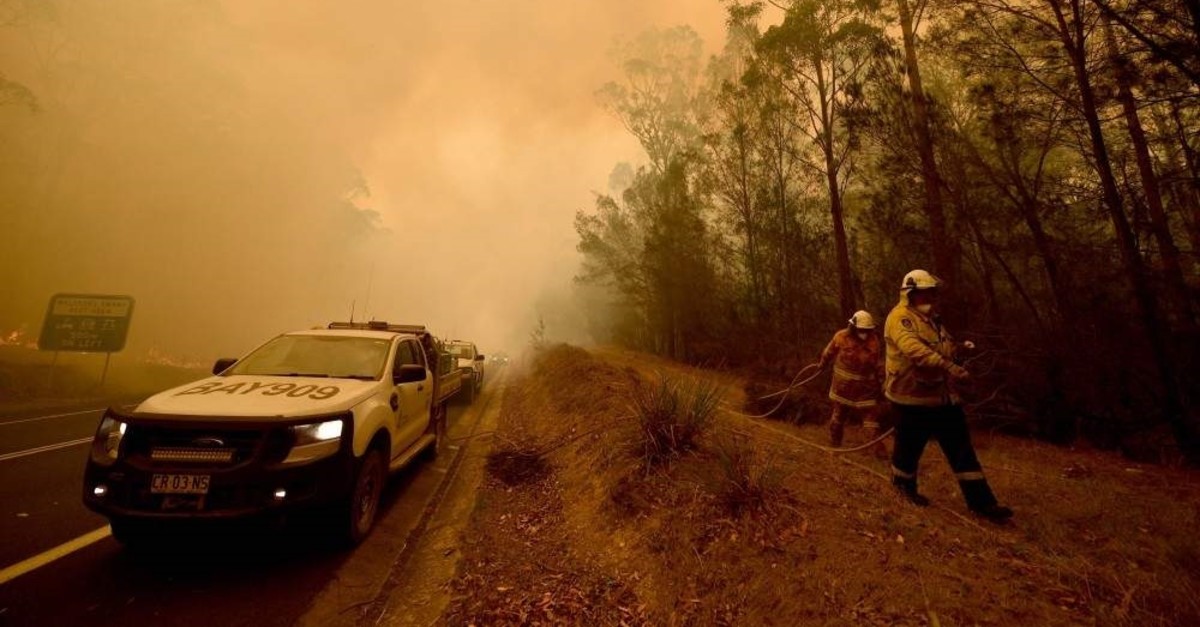 The containment work came as the death toll since the fires flared in September rose by one to 26, as a forest fire management worker's death was confirmed Wednesday.

Conditions are expected to worsen Friday, with temperatures forecast to soar above 40 degrees Celsius across parts of the eastern states, with strong winds threatening to fan bushfire activity.

Elsewhere, residents across numerous rural communities in northern Australia have been warned to prepare for damaging winds, rain and floods ahead of the season's first tropical cyclone before the weekend.

The unprecedented fire crisis in Australia, particularly in the southeastern part of the continent, has so far destroyed thousands of homes and shrouded major cities in smoke.

Meanwhile, reports said that the smoke haze has returned to Sydney after a few days of reprieve, bringing the air quality back to hazardous levels in the city's east and west. Authorities issued warnings to the residents of the city.

The wildfire disaster, which is likely to continue throughout the Southern Hemisphere summer, has galvanized calls for more global action on climate change. From the world's leading politicians to celebrities, many have donated big bucks to help aid the firefighting efforts while calling on the international community to unite against the growing danger of climate change.