Australian animals at risk of extinction after ravaging wildfires 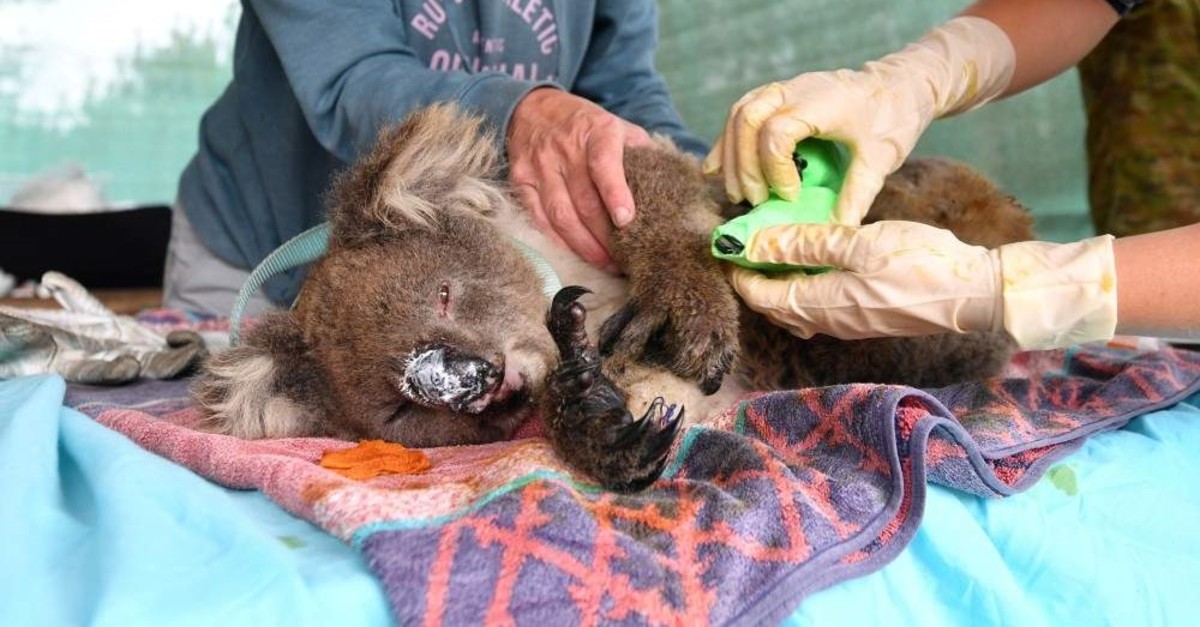 The danger is centered on New South Wales and Victoria, Australia's most populous states, where temperatures and wind speeds are escalating after a few days of relatively benign conditions.

Many countries offered their condolences to Australia over the victims of the bushfire. On Friday, Turkish Foreign Minister Mevlüt Çavuşoğlu called his Australian counterpart Marise Payne and gave condolences for those who lost their lives due to the fire.

Meanwhile, news reports argued Friday that there is another heartbreaking challenge in the country, as the continent's animals have faced an extinction problem due to the growing flames. Experts warned that even those animals that survive face a perilous fight to stay alive. 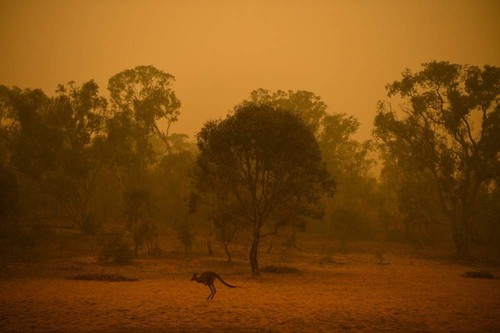 The conservation group WWF-Australia estimates that 1.25 billion wild animals have died during the current fire crisis in addition to livestock losses, which the government expects will exceed 100,000 animals. WWF fears the disasters could lead to local extinctions and threaten the survival of some species, such as the glossy black-cockatoo and a knee-high kangaroo known as the long-footed potoroo.

WWF conservation scientist Stuart Blanch described the estimate as conservative, and it did not include bats, frogs and insects. The majority of estimated losses were reptiles, followed by birds, then mammals such as koalas, kangaroos, wallabies, echidnas and wombats.

"Kangaroos can get away from fires. But a lot get burnt to a crisp stuck in a fence," Blanch said.

WWF estimates there were between 100,000 and 200,000 koalas across Australia before the fire season. Estimated koala losses in the current emergency include 25,000 on Kangaroo Island off southern Australia and 8,000 in northwest New South Wales.

"It's a significant loss, but I don't think we'll know for several months," Blanch said of the koala deaths.

The unprecedented fire crisis in southeast Australia has claimed at least 26 lives, destroyed more than 2,000 homes and scorched an area twice the size of the U.S. state of Maryland since September.