Over 45K evacuated in Philippines as volcano erupts 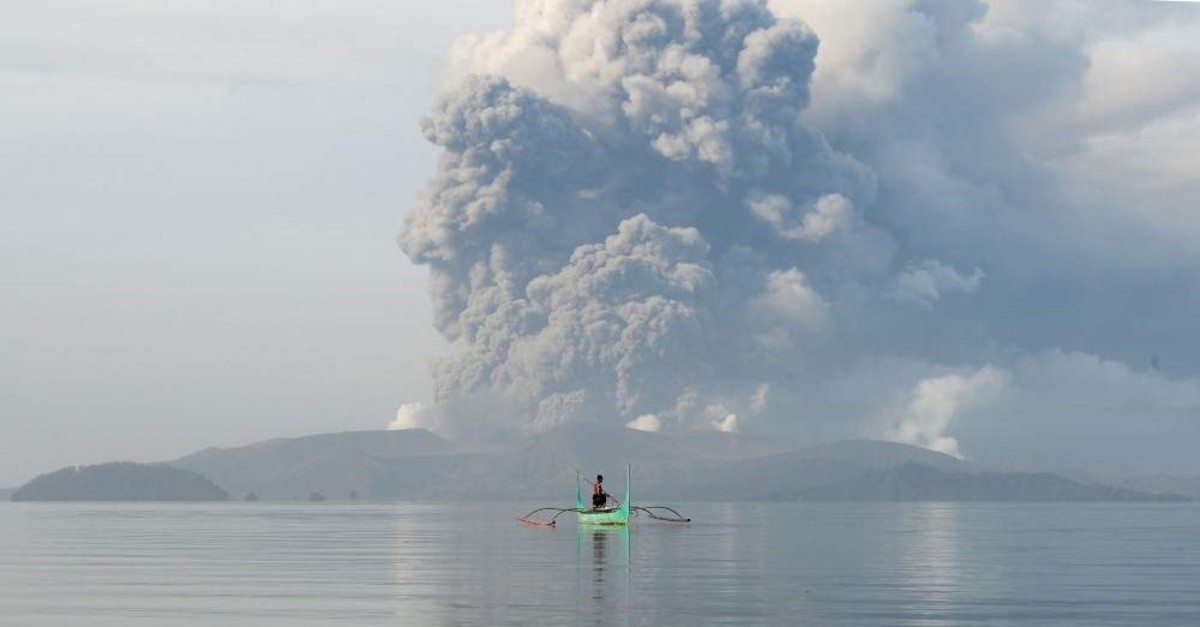 A youth living at the foot of Taal volcano rides an outrigger canoe while the volcano spews ash as seen from Tanauan town inBatangas province, Manila, Jan. 13, 2020. (AFP Photo)
by Compiled from Wire Services Jan 13, 2020 2:28 pm

A volcano near the Philippine capital of Manila started spewing lava fountains on Monday, as the country's specialist volcano institute warned of a "hazardous explosive eruption" that could affect hundreds of thousands of people.

At least one person has died in a road accident caused by zero-visibility from falling ash from Taal volcano in Batangas province, 66 kilometers south of Manila. Heavy ashfall and showers of pebbles rained over towns surrounding Taal volcano, covering roads, houses, cars, trees and other infrastructure. The ash turned into sludge as rain fell overnight.

The volcano began erupting on Sunday when it spewed ash and steam in a white and grayish cloud that reached up to 15 kilometers in height. Some 45,000 residents have evacuated high-risk areas, and officials estimated that at least 200,000 residents could be forced to flee if the eruption worsens.

Taal volcano, the second most active volcano in the Philippines, has erupted 33 times since 1572. Its last eruption was in October 1977. Two years ago, Mount Mayon displaced tens of thousands of people after spewing millions of tons of ash, rocks and lava in the central Bicol region. The most powerful explosion in recent years was the 1991 eruption of Mount Pinatubo, about 100 kilometers northwest of Manila, which killed more than 800 people.