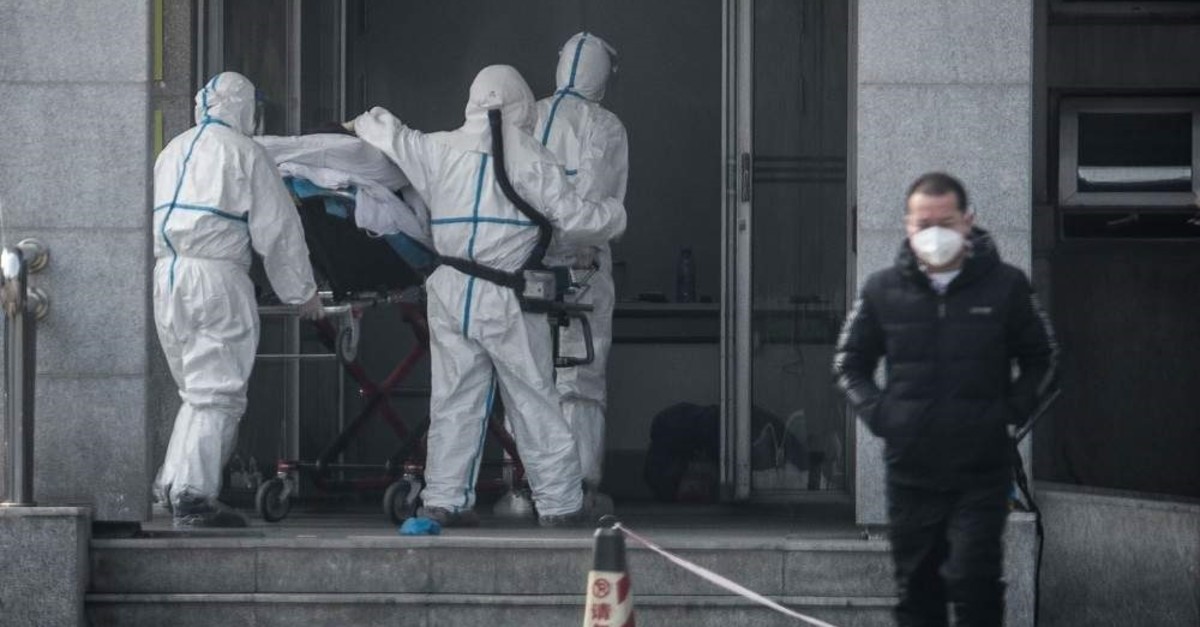 Medical staff members carry a patient into the Jinyintan hospital, where patients infected by a mysterious SARS-like virus are being treated, Wuhan, Jan. 18, 2020. (AFP Photo)
by Compiled from Wire Services Jan 19, 2020 2:40 pm

Some 17 more people in central China have been diagnosed with a new form of viral pneumonia that has killed two patients and placed other countries on alert as millions of Chinese travel for the Lunar New Year holiday.

In total, 62 cases of the novel coronavirus have been identified in the city of Wuhan, where the virus appears to have originated. Nineteen of those individuals have been discharged from the hospital, while two men in their 60s – one with severe preexisting conditions – have died from the illness. Eight are in critical condition.

Wuhan officials have been providing updates on new cases almost daily since Jan. 11, and 17 is the highest number reported since then. The World Health Organization (WHO) said in a tweet Sunday that some of the new cases appear not to be linked to the Huanan seafood market, believed to be the center of the outbreak. Due to China's efforts to implement broader screening, new cases may be identified in the coming days and weeks, it added.

At least a half-dozen countries in Asia and three U.S. airports have started screening incoming airline passengers from central China. The list includes Thailand and Japan, which have together reported three cases of the disease in people who had come from Wuhan. The new virus is from the same large family of coronaviruses that includes Severe Acute Respiratory Syndrome (SARS), which killed nearly 800 people globally during a 2002/2003 outbreak that also started in China.