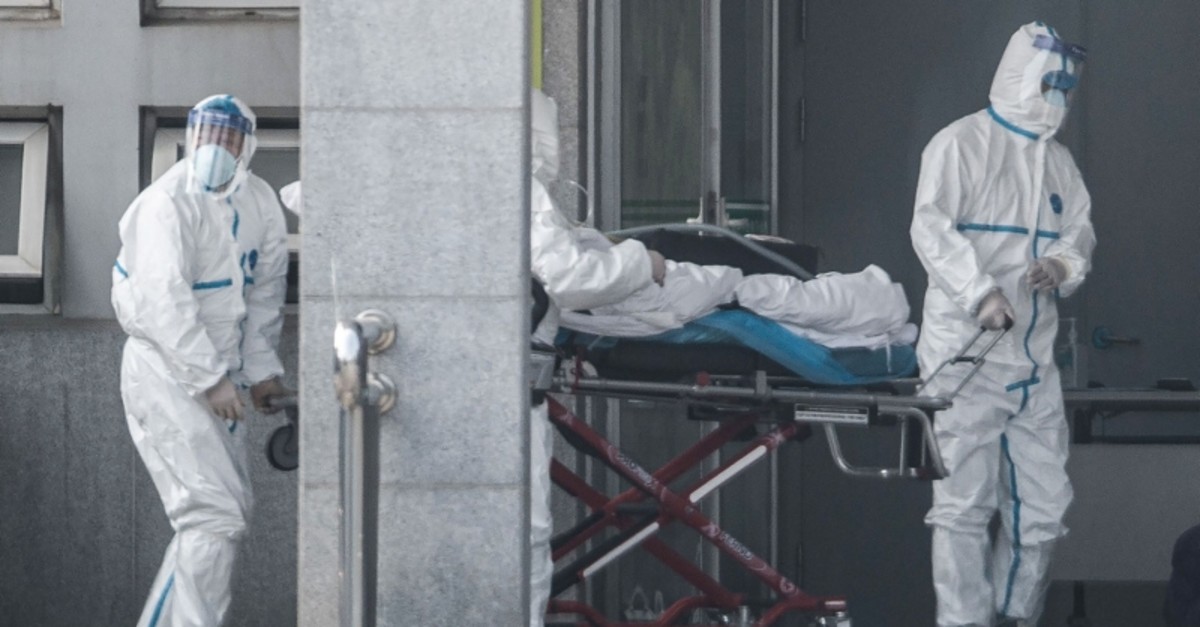 Medical staff members carry a patient into the Jinyintan hospital, where patients infected by a mysterious SARS-like virus are being treated, in Wuhan in China's central Hubei province on January 18, 2020. (AFP Photo)
by Compiled from Wire Services Jan 20, 2020 3:50 pm

A mysterious SARS-like virus has killed a third person, having spread around China and reached a third Asian country, authorities said Monday, fueling fears of a major outbreak as millions begin traveling for the Lunar New Year in the globe's biggest annual migration.

The new coronavirus strain, first discovered in the central Chinese city of Wuhan, has caused alarm because of its connection to Severe Acute Respiratory Syndrome (SARS), which killed nearly 650 people across mainland China and Hong Kong between 2002-2003.

Health authorities in the central city of Wuhan, where the viral pneumonia appears to have originated, said an additional 136 cases had been confirmed in the city, which now has a total of 198 infected patients.

As of the weekend, a third patient had died, bringing the death toll to three. Two individuals in Beijing and one in the southern city of Shenzhen have also been diagnosed with the novel coronavirus, health commissions in the respective cities said Monday.

The outbreak has put other countries on alert. Authorities in Thailand and in Japan have already identified at least three cases, all involving recent travel from China. South Korea on Monday reported its first case, a 35-year-old woman who flew in from Wuhan. Thailand and Japan have previously confirmed a total of three cases, all of whom had visited the Chinese city.

No human-to-human transmission has been confirmed so far, but authorities have previously said the possibility "cannot be excluded." Authorities in Hong Kong have also stepped up virus detection measures at border crossings, including rigorous temperature checks for inbound travelers from the Chinese mainland.