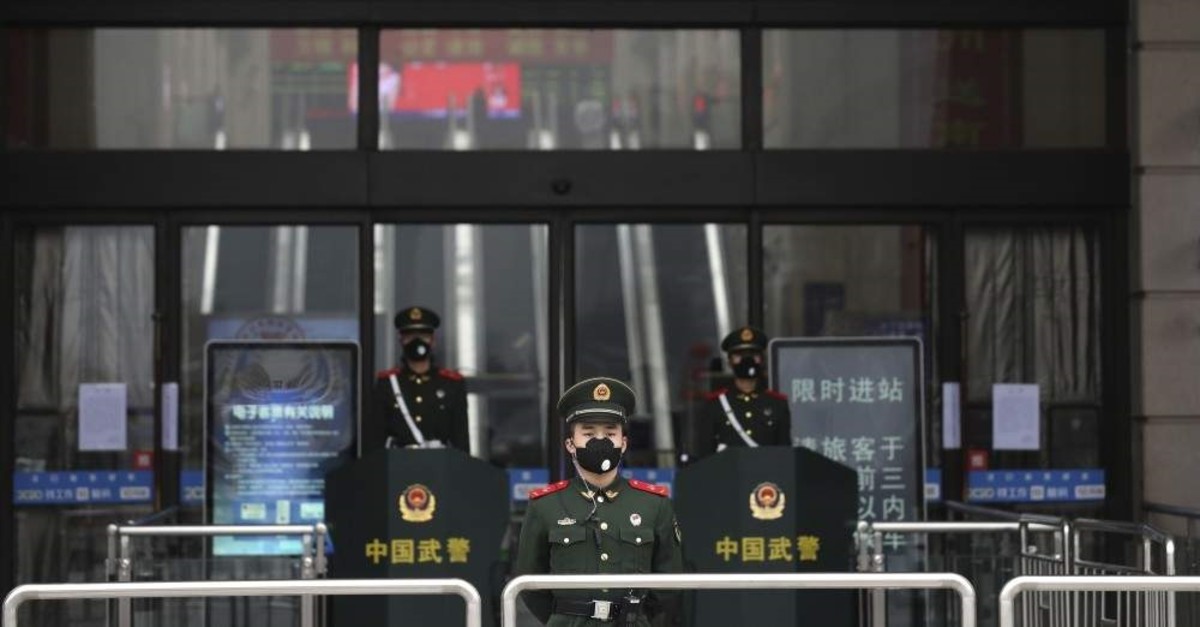 China is accelerating its efforts to contain the new deadly coronavirus which is fueling worldwide panic over the spread of the deadly virus.

The coronavirus has brought China to a standstill: The government has imposed bans on public transportation in numerous cities, canceled Lunar New Year festivities, closed a section of the Great Wall and placed millions of its citizens in quarantine to try to contain the spread of the disease.

While the World Health Organization (WHO) held off on declaring a global emergency despite confirmed cases in half a dozen other countries, the Chinese authorities rapidly expanded a mammoth quarantine effort aimed at containing the deadly contagion Friday. At least 13 cities with a population totaling more than 43 million people suspended public transportation and shut down airports and rail stations.

The virus is said to have claimed at least 26 lives and infected more than 830 people as of Friday. The infections were reported in several Asian countries and the United States. The World Health Organization (WHO) has declared the coronavirus an emergency for China but stopped short of declaring the epidemic international concern. However, this didn't stop the panic to spread worldwide as Britain convened an emergency response meeting Friday to discuss measures to contain it.

In China, 10 provinces have suspended public transportation, locking entire regions and cities. A total of 10 other countries have had reports about the virus excluding China, which became one of the main reasons why the situation is being considered as an international threat by many.

In an attempt to bring the public some comfort, the public face of China's effort to control the virus, an 83-year-old doctor named Zhong Nanshan spoke Tuesday about the situation. He told reporters in Guangzhou that the government had been truthful about reporting cases of the coronavirus. He also said the government was trying to deal with the outbreak with honesty and openness. The doctor is a specialist in respiratory diseases. He became famous 17 years ago for "daring to speak" in the fight against Severe Acute Respiratory Syndrome (SARS).

Wuhan, the region where the virus is believed to originate from, is swiftly building a 1,000-bed hospital dedicated to the disease. The prefabricated structure, slated for completion Feb. 3, is modeled after the Xiaotangshan SARS hospital in Beijing. Some hospitals in Wuhan were reported as being unable to accept new patients as they were full of patients infected by the virus.

The efforts to tackle the spreading of the virus included the closing of wet markets earlier this week, as they are believed to be the starting point. The suspected ground zero of the virus that has gripped China and recently caused international panic is reported by Business Insider to be a sea food market in Wuhan. The same wet market environment is considered to be the source of the SARS virus' outbreak back in 2002-2003. SARS had killed a total of 774 people across 29 countries. The latter shared similarities with the current virus.

The Huanan Sea Food Market is specifically believed to have been the source of the recent coronavirus. The market was shut down on Jan. 1.

Chinese wet markets are organized in a manner that allows people and dead animals such as dogs, snakes, pigs, chickens to be in continuous close contact. They are popular spots where people can buy meat of different kinds.

On Wednesday, Wuhan authorities have banned all meat trade in these wet markets. "Poorly regulated, live animal markets mixed with illegal wildlife trade offer a unique opportunity for viruses to spillover from wildlife hosts into the human population," the Wildlife Conservation Society said in a statement.

Wuhan is also home to the first lab on the Chinese mainland equipped for the highest level of biocontainment. The lab hosted work with some of the most dangerous pathogens in the world. Concerns also occur around these types of experimentation areas, as the SARS virus had escaped from high-level containment facilities in Beijing multiple times.