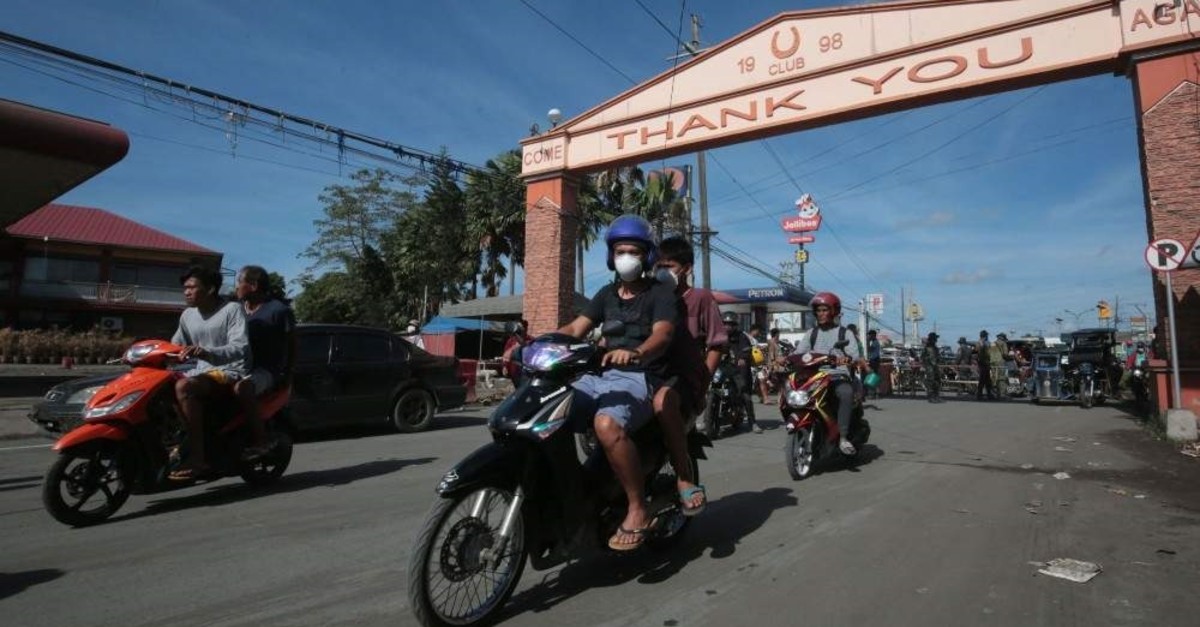 Residents on motorcycles ride back to their homes after the Philippine volcanology bureau lowered the alert level from 4 to 3 and residents were allowed to return home in the town of Lemery, Batangas province, south of Manila on Jan. 26, 2020. (Photo by STR / AFP)
by daily sabah Jan 26, 2020 5:26 pm

Philippine authorities Sunday lowered the alert level at Taal Volcano, two weeks after it began spewing ash, steam and rocks, as part of a move that will allow many of the more than 376,000 displaced villagers to return home.

A popular tourist destination just south of Manila due to its picturesque setting in the middle of a lake, Taal erupted on Jan. 12. It caused no known deaths but delivered an early crisis this year for one of the world's most disaster-prone nations.

The government's agency lowered the alert level from 4 to 3, which means there's a "decreased tendency toward a hazardous eruption." The highest level-5 alert indicates a major and much more dangerous eruption.

The agency also reduced to half the danger zone where residents have to be evacuated, from the 14-kilometer radius around the volcano. Taal had last erupted 43 years ago.

More than 376,000 people fled to safety from ash-blanketed towns and cities in hard-hit Batangas province. Nearly half of them sought accommodation in some 500 state-run emergency shelters, mostly school and government buildings. The eruption had shut Manila's main international airport for a night due to volcanic ash, forcing the cancellation of hundreds of flights.

The Philippine archipelago lies in the so-called Pacific "Ring of Fire," a seismically fragile region around the ocean basin, where most of the world's earthquakes and volcanic eruptions occur.