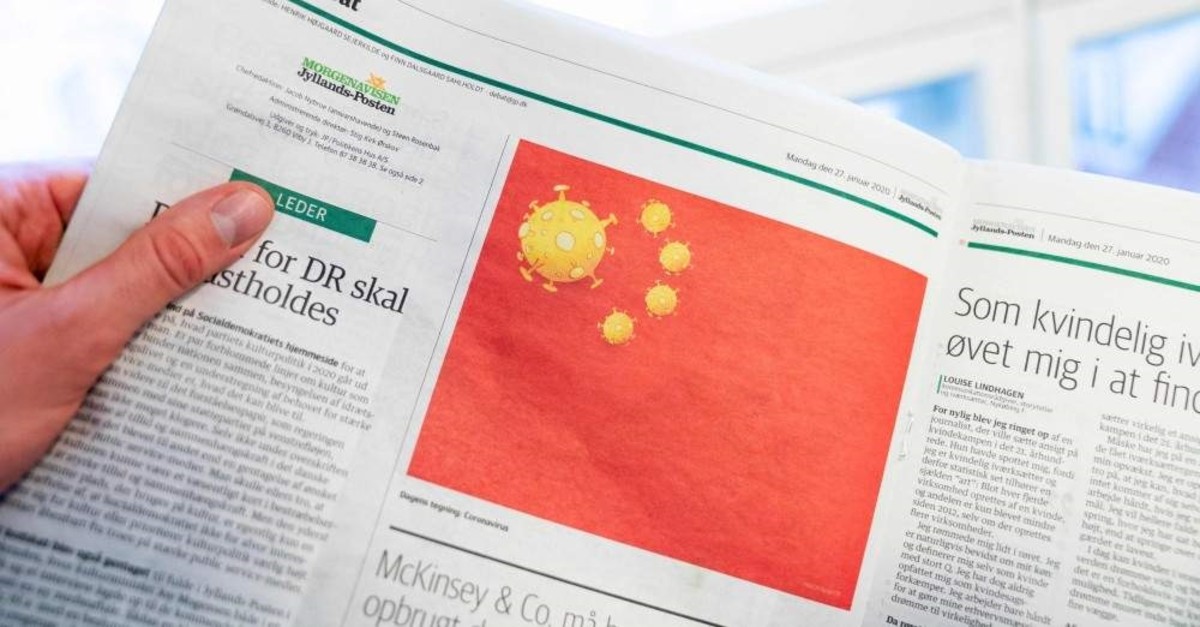 A page of the Danish Daily Newspaper Jyllands-Posten's from the January 27, 2020 edition shows a cartoon made of the Chinese national flag with a coronavirus, Copenhagen, Jan. 28, 2020. (AFP Photo)
by Compiled from Wire Services Jan 28, 2020 4:24 pm

A Danish newspaper refused to apologize to China on Tuesday over a satirical cartoon it ran about the deadly new virus that has killed dozens and infected thousands more. The cartoon, published in Jyllands-Posten on Monday, depicted a Chinese flag with the yellow stars normally found in the upper left corner exchanged for drawings of the new coronavirus.

China's Embassy in Denmark called the cartoon "an insult to China" that "hurts the feelings of the Chinese people."

The embassy said the cartoon crossed the "ethical boundary of free speech" and demanded that the paper and cartoonist Niels Bo Bojesen "reproach themselves for their mistake and publicly apologize to the Chinese people."

In 2005, Jyllands-Posten published satirical drawings of the Prophet Muhammad that caused outrage across the Muslim world.