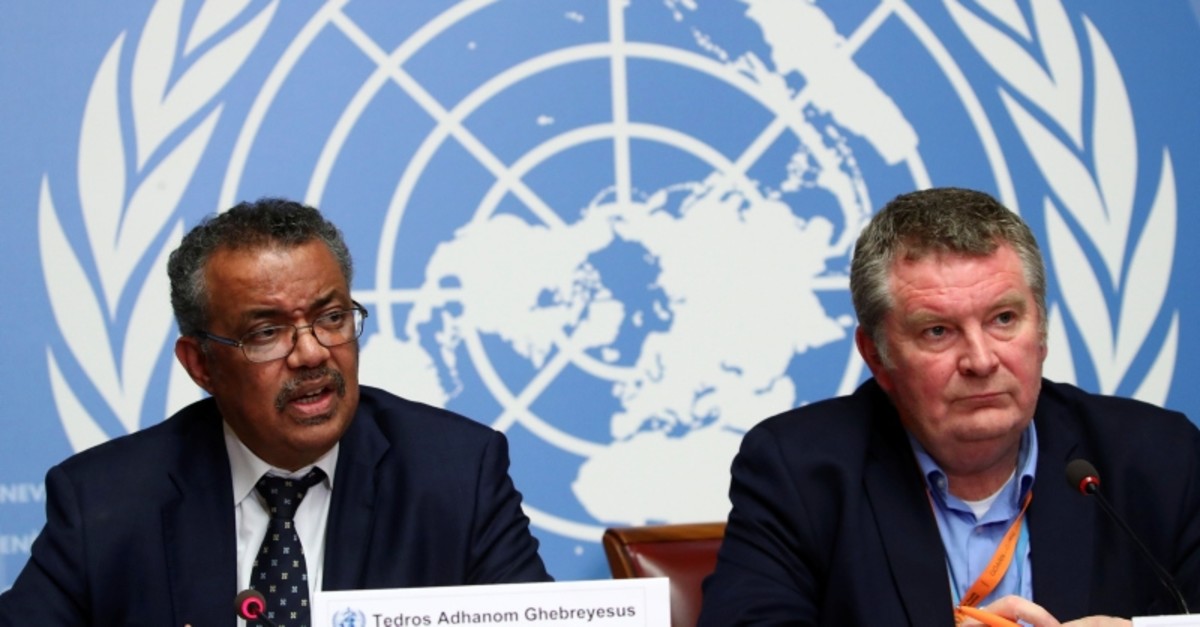 Director-General of the World Health Organization (WHO) Tedros Adhanom Ghebreyesus speaks next to Michael J. Ryan, Executive Director of the WHO Health Emergencies Programme, during a news conference on the situation of the coronavirus (Reuters)
by Associated Press Jan 29, 2020 8:13 pm

The head of the World Health Organization (WHO) on Wednesday called a new emergency meeting of experts to discuss whether the SARS-like virus outbreak that began in China constitutes an international health emergency.

WHO Director-General Tedros Adhanom Ghebreyesus, who visited China this week and held talks with President Xi Jinping, said the meeting was needed because of cases of onward transmission of the virus outside of China.

"I have decided to reconvene the International Health Regulations Emergency Committee on the new #coronavirus (2019-nCoV) tomorrow," Tedros said on Twitter.

Tedros said most people who contract the virus exhibit "milder symptoms" but about one in five have severe illness, including pneumonia and respiratory failure.

"There are signs of human-to-human spread of the coronavirus in 3 countries, the situation is being monitored closely," he added.

"We have seen human-to-human transmission of coronavirus outside of Wuhan, but the scale is very limited," Dr. Maria Van Kerkhove, a WHO official, added during a press conference alongside Tedros.

WHO officials also hinted at this alarming situation and emphasized need to contain disease to single epicenter to control its spread.

Since it was first identified on Dec. 31, the virus has killed 132 people and spread to 18 countries since emerging in the Chinese city of Wuhan.

Germany and Japan have both reported cases of human-to-human transmission of the coronavirus in their countries.

The WHO's Emergency Committee met for two days last week but stopped short of calling an international health emergency, saying that more information was needed about the virus.

The designation is reserved for the worst outbreaks and has only been used five times before by the Geneva-based U.N. health agency, including for Ebola and swine flu.

"The world is pulling together to end the outbreak, building on lessons learned from past outbreaks," Tedros said.

"China needs the world's solidarity and support," he said, adding that he had held "frank talks" with Xi.

Tedros also said the WHO "deeply regrets" a mistake in three of its reports last week in which it referred to the global risk of the outbreak as "moderate" instead of "high".

The virus bears similarity to SARS (Severe Acute Respiratory Syndrome), which also originated in China and killed more than 770 people worldwide in 2002 and 2003.