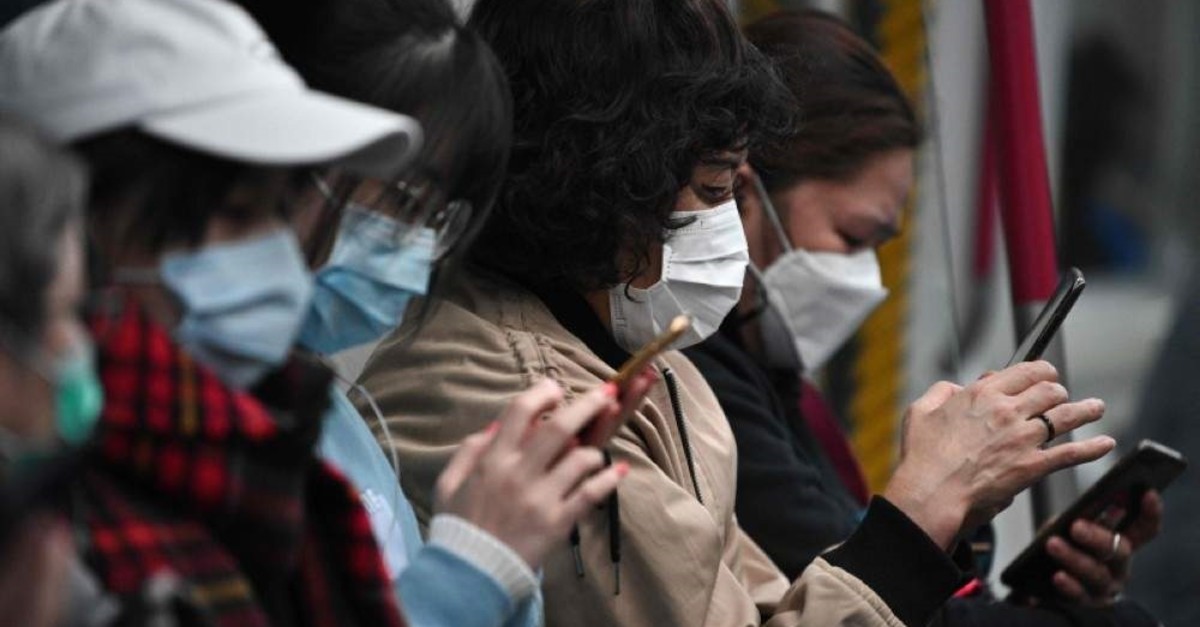 Hong Kong on Tuesday became the second place outside mainland China to report the death of a coronavirus patient as restrictions on movement were imposed on two more cities far from the epicenter, including the home of Alibaba.
Previously Hong Kong hospitals cut services as medical workers were striking for a second day to demand its borders with mainland China be shut completely to ward off the virus.
The death of the 39-year-old man came as the semi-autonomous city closed all but two of Hong Kong's land and sea crossings with the mainland at midnight after more than 2,000 hospital workers went on strike Monday. As many as 9,000 medical workers could join a bigger walkout Tuesday to demand closure of the border across which tens of thousands of people continue to travel daily.
On Sunday the Philippines reported the death of a Chinese man who had come from Wuhan, the central city at the epicenter of China's health emergency.
The virus has so far spread to more than 20 countries, prompting the World Health Organization to declare a global health emergency, several governments to institute travel restrictions and airlines to suspend flights to and from China.
Hong Kong has been particularly on edge over the virus as it has revived memories of the Severe Acute Respiratory Syndrome (SARS) outbreak of 2002-03, which killed nearly 300 people in the financial hub and 349 people in the mainland.
China earlier Tuesday reported 64 more fatalities – a single-day high – from the new coronavirus, raising the toll to 425, with more than 20,000 infections across the country.
The disease is believed to have emerged in a market in Wuhan that sold wild animals, spreading rapidly as people traveled for the Lunar New Year holiday in late January.
With more than 20,400 confirmed infections, the mortality rate for the new coronavirus is much lower than the 9.6% rate for SARS.
Hong Kong media said the man who died had underlying health issues that complicated his treatment. He had visited Wuhan last month.
China has struggled to contain the virus despite enacting unprecedented measures, including locking down more than 50 million people in Hubei province where the outbreak emerged.
Restrictions have also been imposed far from the epicenter.
The city of Taizhou and three Hangzhou districts – including the area home to the main office of Chinese tech giant Alibaba – will allow only one person per household to go outside every two days to buy necessities, city officials said, measures that will affect 9 million people.
Another city in Zhejiang province, nine-million-strong Wenzhou, enacted the same measure at the weekend.
'Shortcomings and difficulties'
China's Communist leadership made a rare admission of fallibility on Monday as it acknowledged "shortcoming and difficulties exposed in the response to the epidemic."
The elite Politburo Standing Committee called for improvements to the "national emergency management system" at the meeting, according to the official Xinhua News Agency.
"It is necessary to strengthen market supervision, resolutely ban and severely crackdown on illegal wildlife markets and trade," the Politburo said.
The government also said it "urgently" needed protective medical equipment such as surgical masks, protective suits, and safety goggles as it battles to control the outbreak.
Most of the deaths have been in Wuhan and the rest of surrounding Hubei province, which has largely been under lockdown for almost two weeks.
A 1,000-bed field hospital in Wuhan built from scratch within two weeks to relieve overburdened medical facilities started receiving patients on Tuesday.
A second makeshift hospital is due to open later this week.
Evacuations continue
Other countries are continuing evacuations and restricting the entry of Chinese or people who have recently traveled to the country. A plane carrying Malaysians from Wuhan arrived in Kuala Lumpur and the 133 people on board were to be screened and quarantined for 14 days, the maximum incubation period for the virus.
Taiwan on Monday flew home 247 of its citizens from Wuhan and had sent three passengers for treatment after they were found to have a fever or sore throats. The other passengers are being quarantined at medical facilities for the next two weeks.
Germany's Lufthansa became the latest international airline to suspend flights to China, and several countries are barring Chinese travelers or people who passed through China recently.
Economic woes
Global fears about the virus have risen, with cruise lines worldwide expected to deny boarding to passengers and crew who have recently traveled to China.
Japan has quarantined a cruise ship carrying 3,711 people and was testing those on board for the new coronavirus Tuesday after a former passenger was diagnosed with the illness in Hong Kong.
The virus is also taking an increasing economic toll, shutting down businesses, curbing international travel and impacting production lines of major global brands.
The government extended the Lunar New Year holiday by three days in an effort to keep people indoors.
But many provinces and major cities – including Shanghai – have called on companies to remain closed for an extra week. Schools and universities have delayed the start of new terms.
The Shanghai stock market plunged almost 8% on Monday on the first day of trading since the holiday, but shares were on the rise by midday on Tuesday.