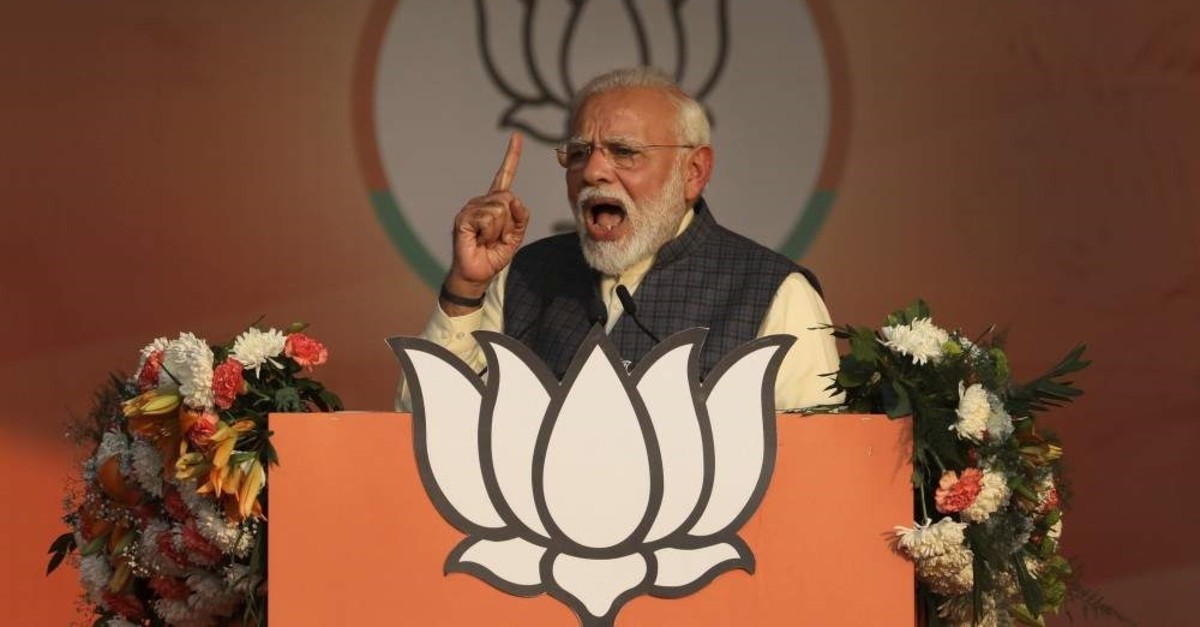 Plans for the construction of a grand Hindu temple on a holy site bitterly contested by Muslims moved forward Wednesday when Indian Prime Minister Narendra Modi said a trust had been finalized to oversee the project. The move came amid ongoing protests against a citizenship law that fast tracks naturalization for some religious minorities from three neighboring countries, but not Muslims.

The razing of a mosque in Ayodhya by a huge crowd of Hindu zealots almost 30 years ago unleashed some of the country's worst sectarian violence since their independence, with more than 2,000 people killed. After a decades-long legal battle, India's highest court ruled in November that the land in northern India should be managed by a trust to oversee the construction of a temple. Modi announced in parliament, accompanied by applause and chants of "Hail Lord Ram" from party supporters, that the trust has now been set up. "Let us all support the construction of a grand Ram Temple in Ayodhya," Modi said, referring to the deity it will be named after.

The temple construction had been a campaign pledge of Modi's Hindu nationalist Bharatiya Janata Party (BJP) even before the mosque's demolition in 1992. In 2002, when Modi was chief minister of Gujarat state, 59 Hindu activists died in a blaze on a train from Ayodhya, leading to riots that saw upwards of 1,000 people dead, mostly Muslims.

For critics, the temple construction forms part of Modi's alleged master plan to remold the country as a Hindu nation. India, with a population of over 1.3 billion, is 80% Hindu and 14% Muslim, which means it has one of the largest Muslim populations of any country in the world. There have been growing questions about the stance of the government, led by Modi's Hindu nationalist party, toward India's 172 million Muslims.