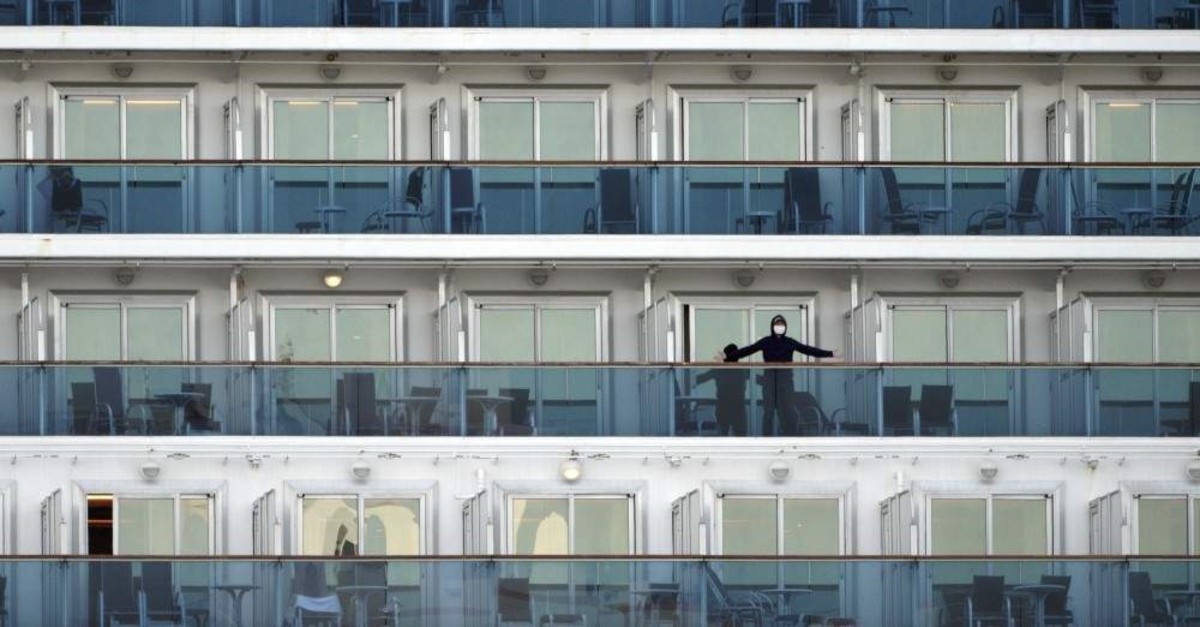 A passenger stands on the balcony of the cruise ship Diamond Princess anchored at the Yokohama Port in Yokohama, near Tokyo Friday, Feb. 7, 2020. Japan. (AP Photo)
by Associated Press Feb 07, 2020 2:38 pm

Japan on Friday reported 41 new cases of a virus on a quarantined cruise ship and turned away another luxury liner.

Two docked cruise ships with thousands of passengers and crew members remained under 14-day quarantines in Hong Kong and Japan.

Before Friday's 41 confirmed cases, 20 infected passengers were escorted off the Diamond Princess at Yokohama near Tokyo. About 3,700 people have been confined aboard the ship.

Prime Minister Shinzo Abe announced Thursday that Japan will deny entry of foreign passengers on another cruise ship — Holland America's cruise ship Westerdam, on its way to Okinawa from Hong Kong — because of suspected virus patients found on board. The Seattle-based operator denied anyone had virus.

The ship was currently near Ishigaki, one of Okinawa's outer islands, and was seeking another port, said Overseas Travel Agency official Mie Matsubara. Japanese media reported there were 2,257 people aboard.

"Everyone is starting to reject the ship and we are getting desperate," she said. "We hope we can go somewhere so that passengers can land."

At least four other cruise ships, two foreign and two Japanese-operated, are headed to Japan by the end of the month, Transport Minister Kazuyoshi Akaba said, urging port authorities around the country to turn them away.