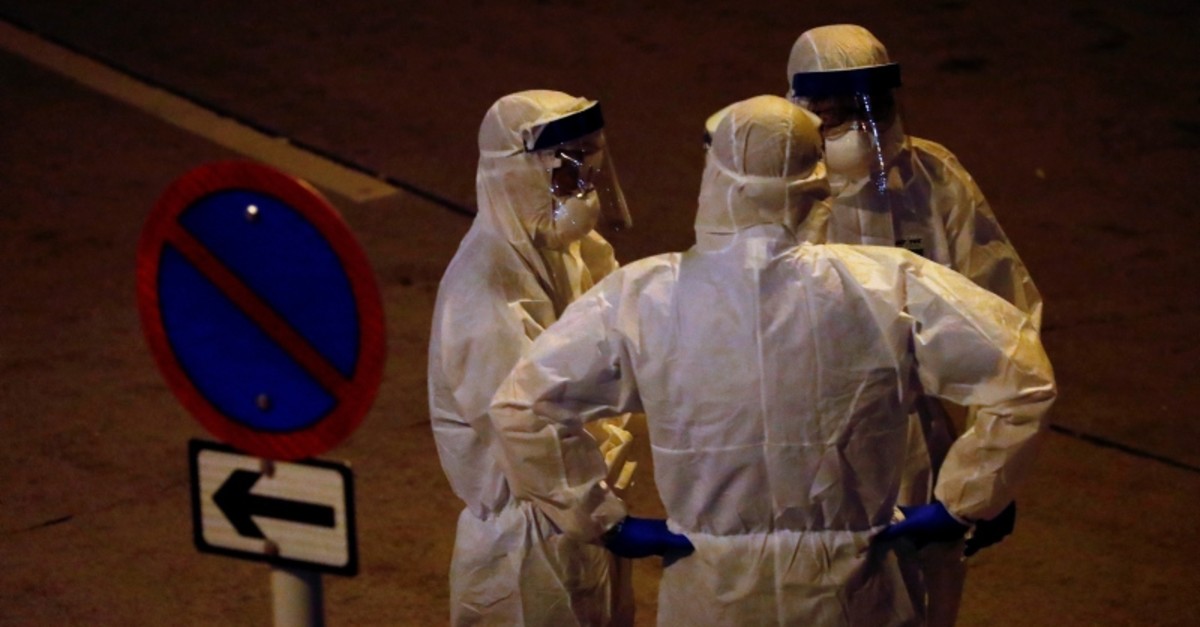 Personnel in protective gear prepare to evacuate residents from a public housing building following the outbreak of the novel coronavirus, in Hong Kong, China February 11, 2020. (Reuters Photo)
by Daily Sabah with Wires Feb 11, 2020 1:35 am

The central city of Wuhan, the epicenter of the disease, saw a record number of deaths the previous day with 97.

The soaring death toll has dented optimism that disease control measures including isolating major cities might be working, while the operator of a cruise ship in Japan reported dozens of new cases, bringing the total number of known infections to 135.

The virus has spread to about two dozen countries since first being identified in December, prompting the World Health Organization (WHO) to declare a global emergency.

While the new virus appears to be less lethal than the 2003 Severe Acute Respiratory Syndrome (SARS) outbreak, which inflected 8,098 people and killed almost 800 over nine months, it is spreading significantly faster. It took the new virus less than a month to surpass the number of SARS cases.

China has counted more than 40,000 cases over the past two months. In the first 17,000 or so cases, about 82% are mild, 15% severe and 3% critical, the WHO said Friday. Of 138 patients admitted to Zhongnan Hospital of Wuhan University in the first four weeks of January, 26% were placed in intensive care and 4.3% died, according to a study in the Journal of the American Medical Association published Friday. More than 360 cases have been confirmed outside mainland China, including two deaths in Hong Kong and the Philippines.