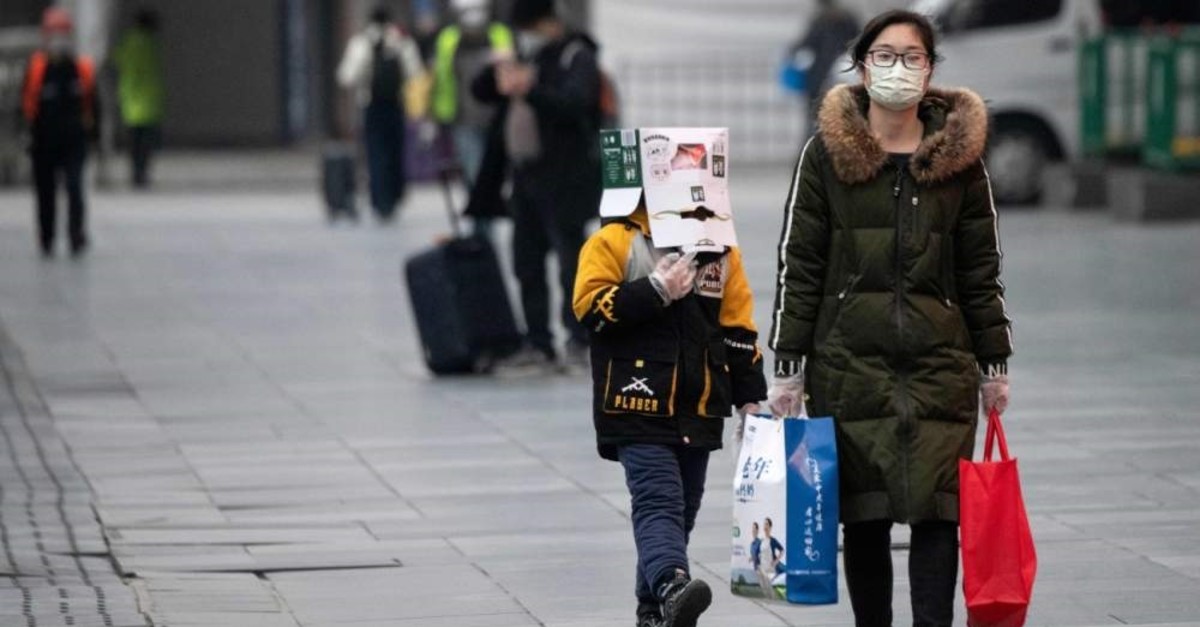 A day after a reported decline, China's official death toll from the new coronavirus spiked dramatically on Thursday while Singapore reported its biggest daily jump in coronavirus cases, fueling concern the epidemic is far worse than being reported.

Amid a sudden jump in the number of deaths caused by the novel coronavirus in China, 242 new deaths were reported on Thursday in Hubei and its capital Wuhan, where tens of millions of people are trapped as part of an unprecedented quarantine effort. Another 14,840 people were confirmed to be infected in Hubei alone, with the new cases and deaths by far the biggest one-day increases since the crisis began. Outside Hubei, there were 12 more deaths but the number of new cases fell for a ninth day in a row, with 312 extra patients.

As Chinese authorities changed their methods, it was announced that increases were because they had broadened their definition for infection to include people "clinically diagnosed" via lung imaging. Up until now, they had solely confirmed cases with a more sophisticated laboratory test. Health officials said they looked into past suspected cases and revised their diagnoses, suggesting older cases were also included in Thursday's numbers.

As the figures soared in China, Singapore reported eight newly infected patients bringing its total to 58, the health ministry said. All of the new patients were linked to previous cases, the ministry said. Of the 58 confirmed cases reported, 15 have recovered and been discharged from hospital while seven are in critical condition in intensive care, it added. The new patients have no record of recent travel to China, the epicenter of the outbreak.

A jump in the number of new cases of coronavirus in China reflects a "broader definition" of a case of infection, the World Health Organization (WHO) officials said on Thursday.

"It is our current understanding that the new case definition widens the net, and includes not only lab-confirmed cases but also clinically diagnosed cases based on symptoms and exposure," WHO spokesman Tarik Jasarevic told Reuters. He said the Geneva-based U.N. health agency was seeking "further clarity" from China about recent updates to its case definition and reporting protocol for the coronavirus disease outbreak.

Since the beginning of the outbreak in December, the virus has spread to about two dozen countries. The WHO earlier warned the virus posed a "very grave threat" but that there is a "realistic chance" of curbing the outbreak. Most of the deaths and cases have been in central Hubei province, whose capital, Wuhan, is the epicenter of the outbreak. Some 56 million have been placed under lockdown in the province.

In addition to the growing number of coronavirus cases, a troubling new front opened abroad as neighboring Vietnam placed 10,000 people under quarantine after six COVID-19 cases were discovered in a cluster of villages, the first such lockdown overseas.

Japan also saw its first death of an infected person on Thursday, a woman in her 80s, according to the country's health minister, making it the third outside mainland China after the Philippines and Hong Kong as fears of the spreading disease mount. Health Minister Katsunobu Kato also confirmed two other cases of the virus, a Tokyo taxi driver in his 70s and a doctor in his 50s who works at a hospital in western Japan.

Earlier Thursday, he announced 44 new cases on the Diamond Princess, which is still carrying nearly 3,500 passengers and crew members. The ship now has 218 people infected with the virus out of 713 tested since it entered Yokohama Port on Feb. 3, the largest cluster of infections outside China. In all, Japan has 250 confirmed cases of the new disease that apparently started in Wuhan, a city in central China, in December.