1.4M Kashmiris give up phones amid communication blockade by India 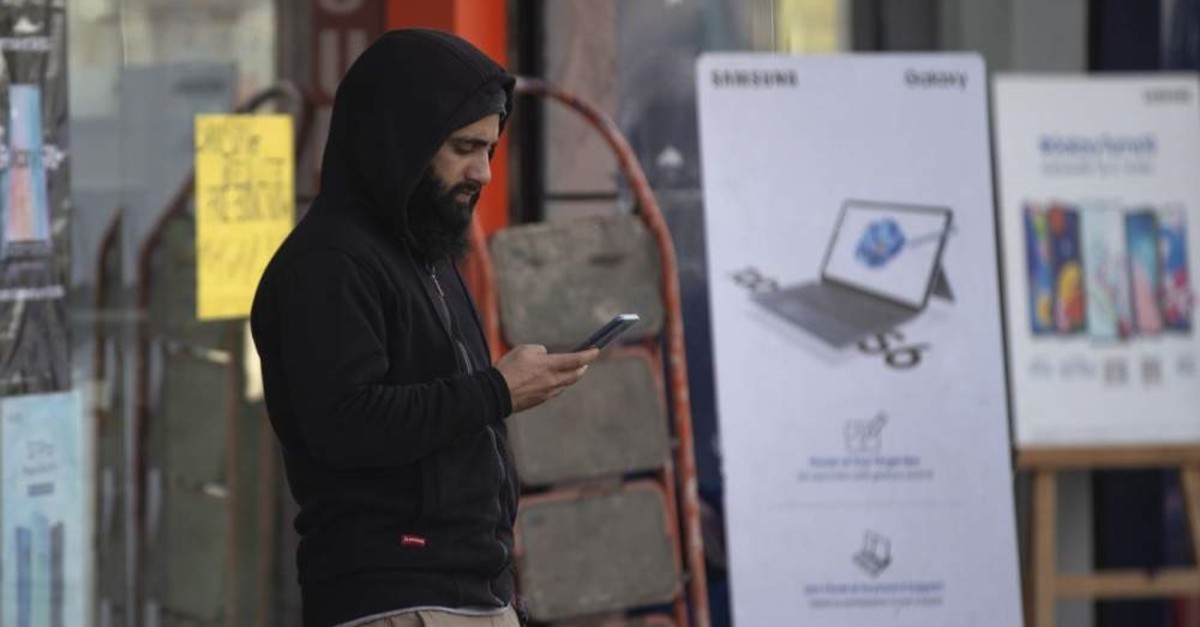 Amid an ongoing internet shutdown and communications blockade by the Indian government, telecom companies have lost 1.4 million subscribers in the disputed Kashmir region, according to the Telecom Regulatory Authority of India (TRAI).

The data accessed by Anadolu Agency (AA) showed that through last November, the telecom sector recorded a negative growth of 12.59% in the region, with 1.46 million people foregoing their phone service. In the first month of the shutdown, the region started showing negative growth of 1.14%, with 132,334 subscribers giving up their mobile connections. Ironically, though there were no mobile internet and broadband services, residents claim they are constantly getting bills from telecom companies for services they have not used.

The communication blockade in the region has been ongoing since last year. Tensions have run high since a decision by India in August to strip the region of Kashmir of its special autonomous status, a move that angered Pakistan. On Aug. 5, India revoked Articles 370 and 35A, used to grant Jammu and Kashmir special semi-autonomous status separate from the central Indian government. With the articles revoked, Jammu and Kashmir will no longer have its own constitution and will have to abide by Indian laws and the Constitution of India. The announcement came less than three months into Indian Prime Minister Narendra Modi's re-election campaign, which will take place in May.

The internet ban in the region is believed to be the longest communications blackout in the history of any democratic country. Even as the Indian government recently restored partial internet services in the region after almost six months of the clampdown, Kashmiri businessmen say they are still struggling to revive their businesses. Recently the government restored access to 2G services and 1,485 white-listed websites.

For 32-year-old Hashim Javaid, a travel agent based in Srinagar, the summer capital, there has been no income over the past few months. Since he is the only member of the family of five who is earning money, which he makes by booking accommodations for tourists, the family has been surviving on their meager savings.

"Due to an internet shutdown, our business has gone haywire. There was no way to receive online bookings, to communicate with tourists and transfer money. All this led to him eventually losing customers," he told Anadolu Agency (AA) over the phone.

But what has hurt him more is that despite all the hardships he faced due to the internet shutdown, he is being forced to pay high internet bills to avoid disconnection.

"For the last few months, when there has been no internet and my business almost shut down. I am paying 1,200 Indian rupees ($17) each month for my Airtel dongle and another 1,000 rupees ($14) each for the Airtel and BSNL phone that I was using for bookings," said Javaid.

Kashmir government officials say as many as 50,000 people scheduled for the Umrah, the pilgrimage to Mecca, were unable to go due to limited communication. "People from Kashmir go for the Umrah in large numbers. After the communication blockade, various operations for getting visas or tickets came to a grinding halt. Some travel agents shifted to the Indian capital New Delhi, which helped a few people to leave. This is indeed a loss to the government as well," Sheikh Aashiq, head of the Kashmir Chamber of Commerce and Industry (KCCI), told AA. "Losses due to the shutdown have been high. Every sector has suffered huge losses. Be it handicrafts, silk carpets, information and technology, e-commerce or logistics, most were affected by this internet gag," added Aashiq. A preliminary economic loss assessment report released by the KCCI estimated the economic losses from Aug. 5 to Dec. 3 at more than $2 billion.