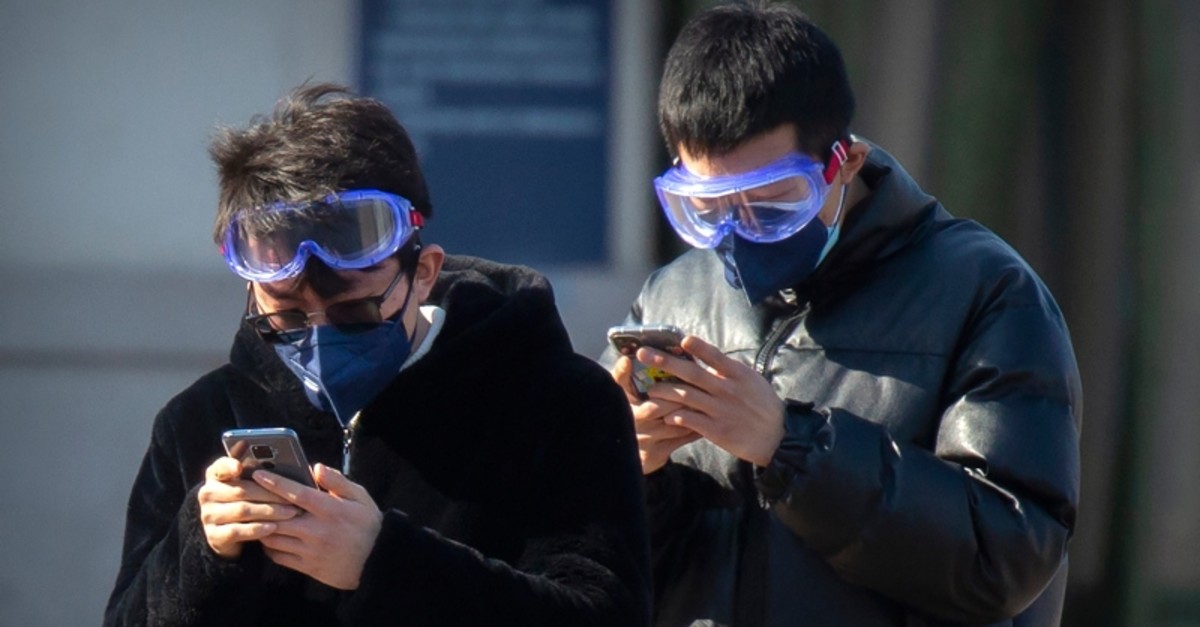 Travelers wear face masks and goggles as they use their smartphones outside the Beijing Railway Station in Beijing, Saturday, Feb. 15, 2020. (AP Photo)
by Daily Sabah Feb 18, 2020 9:28 pm

Russia on Tuesday announced a ban on Chinese citizens entering the country amid fears over the deadly coronavirus outbreak.

The ban will enter into force Thursday, Vice Prime Minister Tatiana Golikova's office said in a statement. The measure applies to travel for tourism, work and study, as well as for personal purposes.

The statement said the decision was made "in view of the deterioration of the epidemiological situation in the People's Republic of China and the continued arrival of Chinese citizens in the territory of the Russian Federation."

On Monday, the first Russian citizen, a woman on board the Diamond Princess cruise ship which earlier docked in Japan, was diagnosed with the new coronavirus, now known as COVID-19. Two Chinese citizens in Russia were diagnosed with the disease and have since been released from quarantine.

Last month, Russian Prime Minister Mikhail Mishustin issued a decree ordering the temporary closure of the border, which extends for 4,200 kilometers. In addition, all train traffic between Russia and China was halted except for one train connecting Moscow and Beijing.