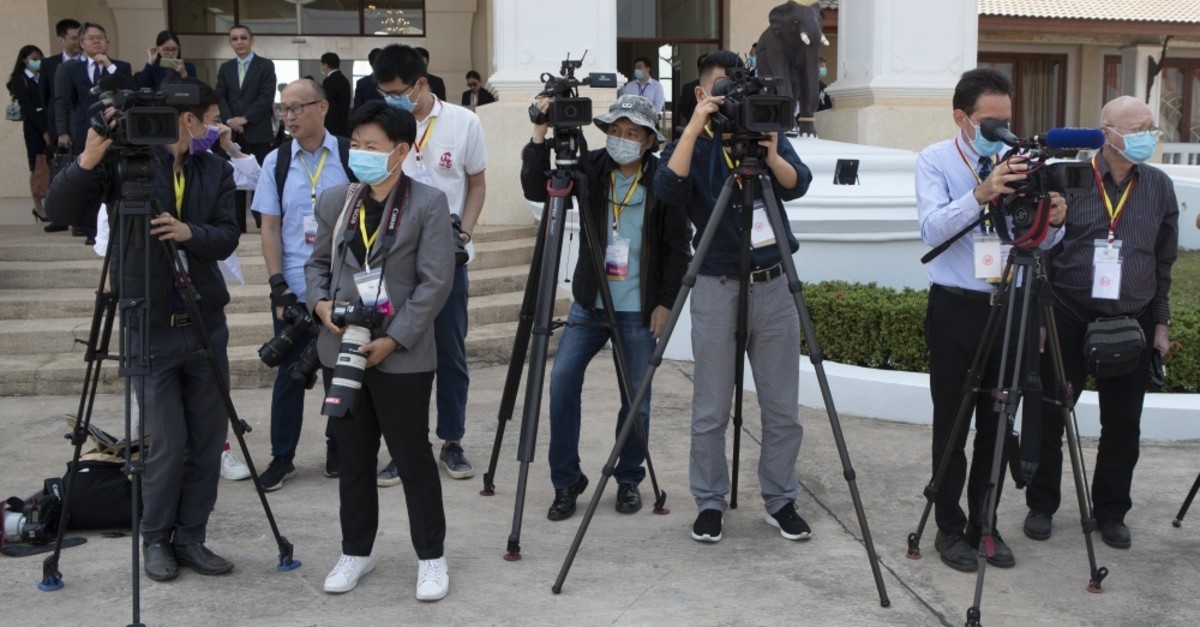 China on Wednesday said it has revoked the press cards of three Wall Street Journal reporters in Beijing, decrying an editorial headline published earlier this month by the U.S. newspaper as "racist."

Chinese foreign ministry spokesman Geng Shuang said the op-ed, titled, "China is the Real Sick Man of Asia," had a "racially discriminatory" and "sensational" headline and slammed the Journal for not issuing an official apology. "As such, China has decided that from today, the press cards of three Wall Street Journal reporters in Beijing will be revoked," Geng said in a press briefing.

On the same day, Beijing also slammed Washington's decision to tighten rules on Chinese state media organizations in the U.S. and classify them as foreign missions, saying it was "unreasonable and unacceptable."

"The U.S. has always advertised freedom of the press, but it interferes with and obstructs the normal operation of Chinese media in the U.S.," foreign ministry spokesman Geng Shuang said at a regular briefing, warning: "We reserve the right to respond further to this matter."