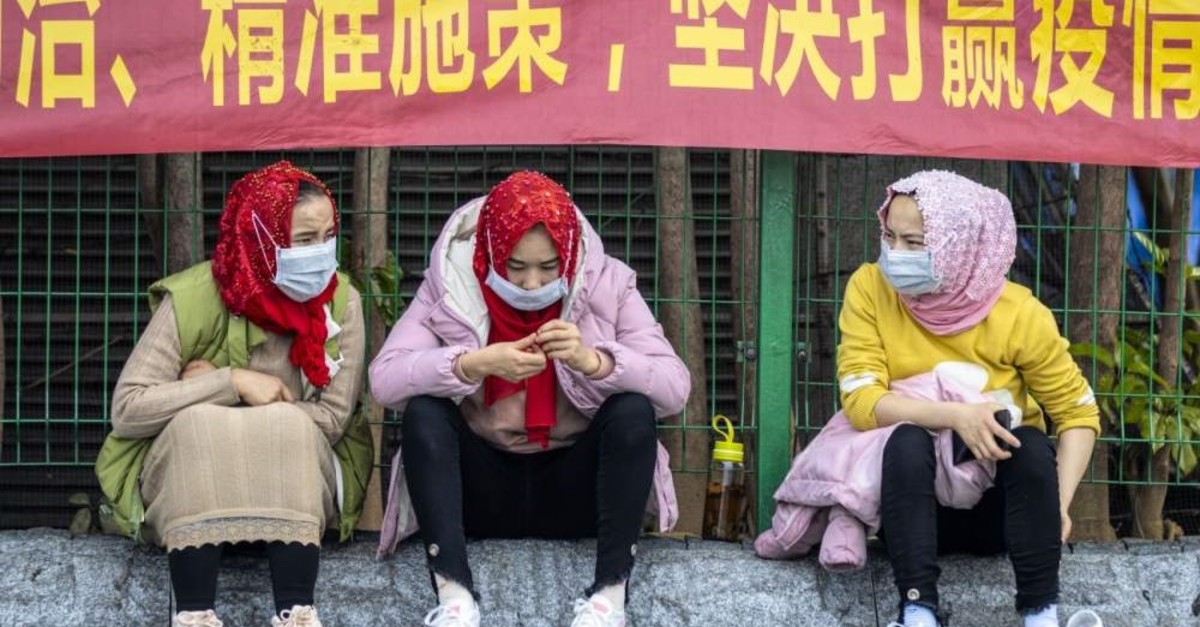 Since coronavirus infections were confirmed in late January in China's northwest border region of Xinjiang, at least 1 million Uighur Muslims imprisoned in internment camps by Chinese authorities are at risk of contracting the virus, and little is known about the conditions inside these camps.

So far, official figures released by Chinese state media give no major cause for concern over the COVID-19 outbreak in Xinjiang where there are 70 confirmed cases as of Wednesday and one confirmed death. However, representatives of the Uighur diaspora warn there is real reason to fear a rapid spread of coronavirus in the controversial detention camps.

U.N. experts and campaigners say 1 million Uighurs and others, mostly Muslims, have been caged in the far western Xinjiang region in a crackdown. China's government has repeatedly said its camps offer voluntary education and training to help stamp out extremism.

A petition posted on Change.org signed by over 3,000 people urges the closure of the camps to reduce the threat. There have also been social media hashtag campaigns such as #VirusThreatInThecamps and #WHO2Urumqi to urge the World Health Organization (WHO) to send a delegation to the city of Xinjiang. "We must not wait until news of hundreds of coronavirus related deaths in the camps before we react," the petition says. "As China continues to struggle to contain the virus in Wuhan, we can easily assume the virus will rapidly spread throughout the camps and affect millions if we don't raise the alarm now."

The World Uyghur Congress (WUC), one of several groups representing Uighurs outside China, said it was very concerned "that if measures are not taken to further limit the spread of this virus, it could rapidly infect large numbers of people" in Xinjiang.