Indian minister regrets not sending all Muslims to Pakistan 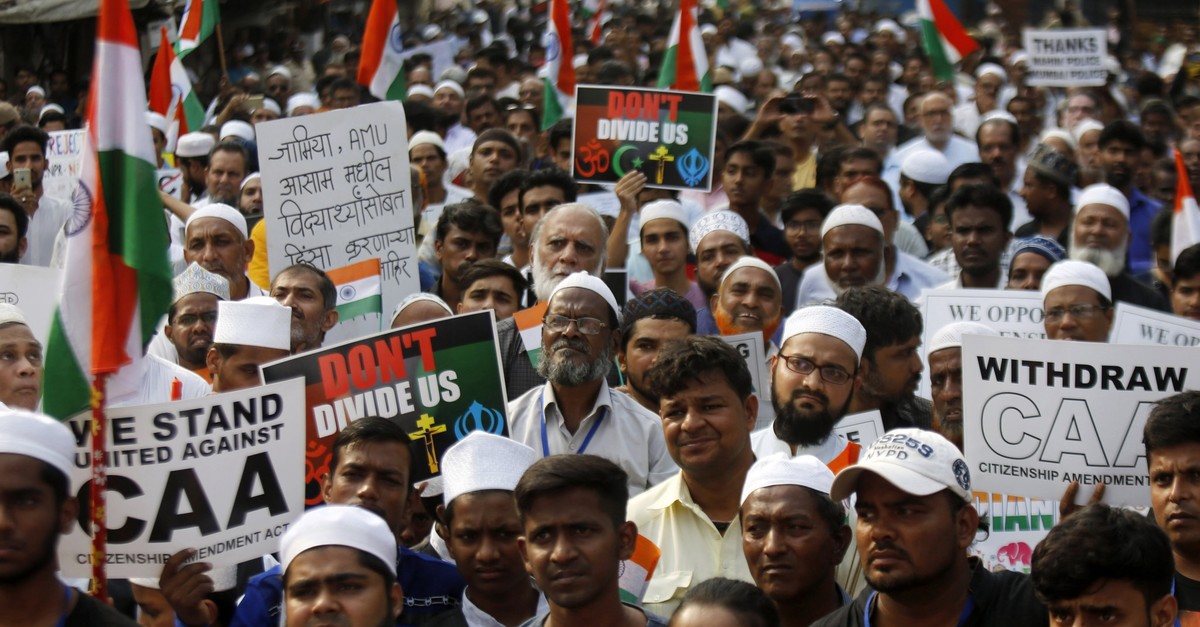 An Indian minister declared that the country is paying the price for its failure to send Muslims to Pakistan during the partition in 1947. Giriraj Singh, a staunch loyalist of Indian Prime Minister Narenda Modi, stated that the move would have saved the country a lot of trouble, in a statement that further marginalizes Muslims.

"It is the time to commit ourselves to the nation. Before 1947, (Muhammad Ali) Jinnah pushed for an Islamic nation. It was a big lapse by our ancestors that we're paying the price for," Singh said.

His statement came amid strong criticism against the Citizenship Amendment Act (CAA), which was followed by the updating of the exercise of the National Register of Citizens (NRC). The moves have stoked fears that India's 200 million Muslims will be discriminated against.

India, with a population of over 1.3 billion, is 80% Hindu and 14% Muslim, which means it has one of the largest Muslim populations of any country in the world. There have been growing questions about the stance of the government, led by Modi's Hindu nationalist party, toward Muslims. Attacks on minorities, especially Muslims, have risen sharply across India in the last few years under the leadership of Prime Minister Narendra Modi.

The new citizenship law grants citizenship to non-Muslims from three neighboring countries in what opponents say is part of Modi's Hindu nationalist master plan. Modi has said Muslims from Pakistan, Bangladesh and Afghanistan are not covered by the citizenship law because they do not need India's protection. Opposition parties say the citizenship law could provide a fast track to naturalization for many of the Hindus left off Assam's citizenship list while explicitly leaving out Muslims. Nearly 2 million people were left off a list of citizens released in Assam last year for failing to have adequate documentation, after a years-long exercise to check illegal immigration from Bangladesh.