UN records over 10,000 civilian casualties in Afghanistan in 2019 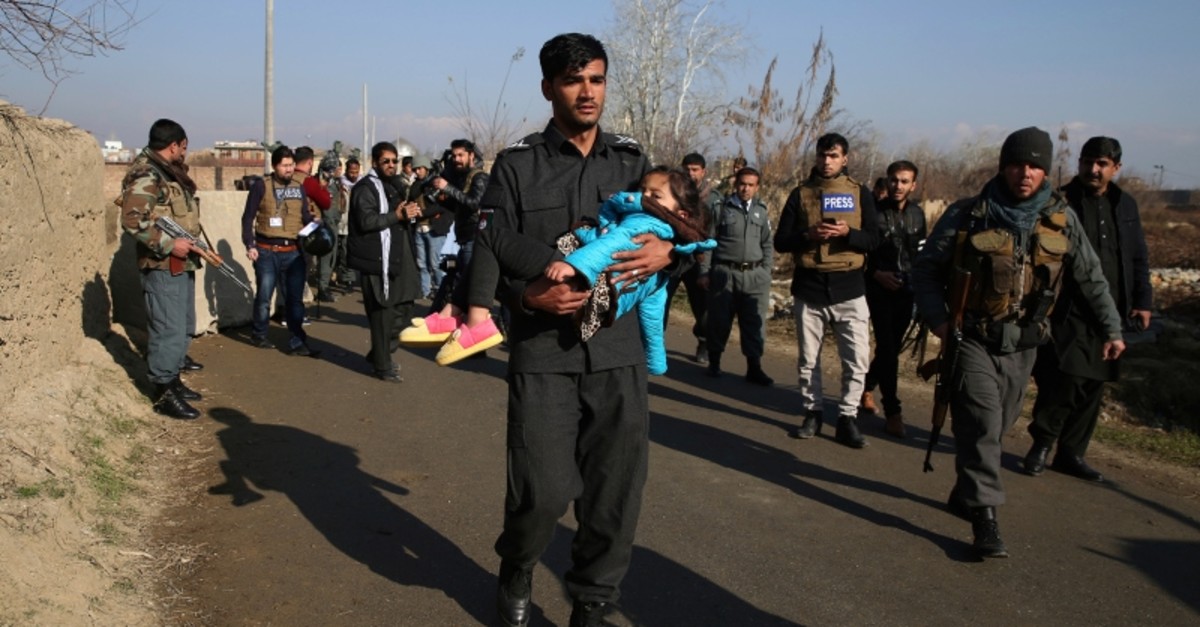 In this Dec. 11, 2019, photo, an Afghan Security police carries his injured daughter after an attack near the Bagram Air Base In Parwan province of Kabul, Afghanistan. (AP Photo)
by French Press Agency - AFP Feb 22, 2020 11:47 am

More than 10,000 civilians were killed or wounded in Afghanistan's war last year, the United Nations announced Saturday, as a historic partial truce kicked in across the country.

According to the United Nations Assistance Mission in Afghanistan (UNAMA), 3,404 civilians were killed and 6,989 were injured in 2019. While the number was down five percent from 2018, it was nonetheless the sixth year straight that the war caused more than 10,000 casualties, UNAMA said.

"Almost no civilian in Afghanistan has escaped being personally affected in some way by the ongoing violence," UNAMA head Tadamichi Yamamoto said.

"It is absolutely imperative for all parties to seize the moment to stop the fighting, as peace is long overdue; civilian lives must be protected and efforts for peace are underway."

The five-percent drop in casualties was attributed to the decrease in activity by the local Islamic State affiliate in eastern Afghanistan, which was largely wiped out last year.

On Saturday, a partial truce, being referred to by warring parties as a "reduction in violence," started across Afghanistan.

The Taliban, the U.S. and Afghan forces have agreed to cut violence for seven days ahead of the planned February 29 signing of a U.S.-Taliban deal that could begin to end the war.

The United States has been in talks with the Taliban for more than a year to secure the deal, in which it would pull out thousands of troops in return for Taliban security guarantees and a promise to hold peace talks with the government in Kabul.

The UNAMA report said there had been significant fluctuations in violence throughout 2019, coinciding with gains and setbacks made during U.S.-Taliban negotiations.