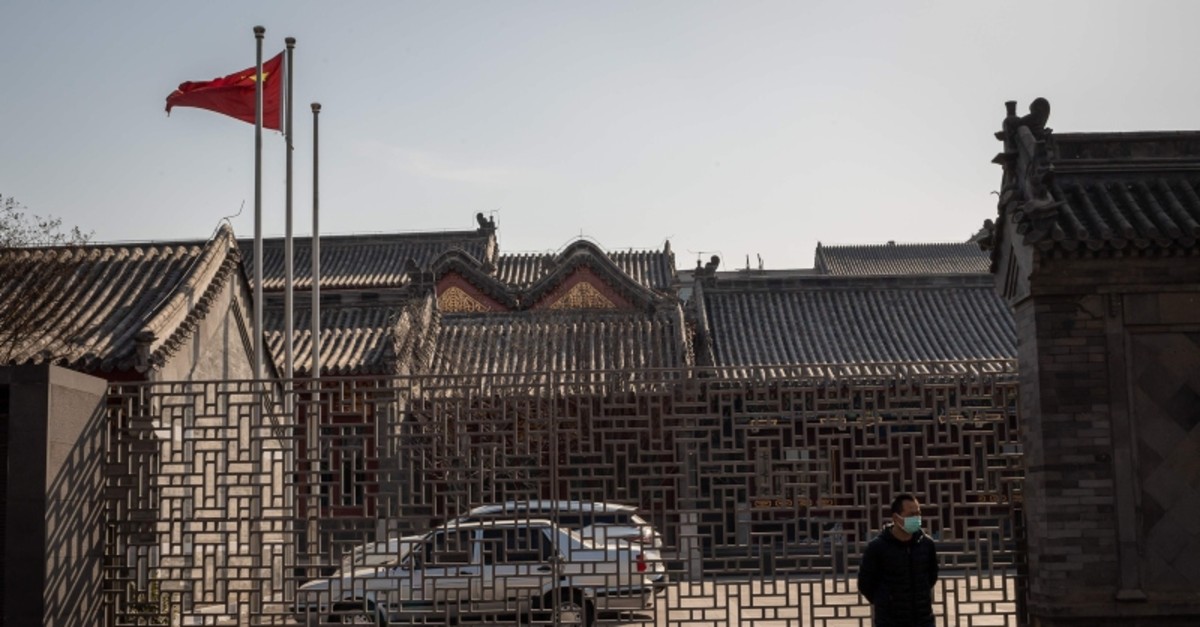 Italy reported a spike in cases Sunday as it closed its famed Venice carnival early, while Iran said eight people had died from the virus there, prompting travel bans from neighboring countries.

The virus has so far killed more than 2,400 people, with some 80,000 infected globally, though China remains by far the worst hit.

China's President Xi Jinping said the epidemic was the "largest public health emergency" since the founding of the People's Republic in 1949.

"This is a crisis for us and it is a big test," he said Sunday in remarks carried by state television.

In a rare admission, he added China must learn from "obvious shortcomings exposed" during its response, speaking at a meeting to coordinate the virus fight.

China has been praised by the World Health Organization (WHO) for its response to the epidemic but has come under fire at home for silencing early warnings from a whistleblower doctor who has since died from the virus.

Xi's comments come as South Korea said it was raising its alert to the "highest" level, after the number of infections nearly tripled over the weekend to 602.

The country now has the most infections outside of China, apart from the Diamond Princess cruise ship docked in Japan.

"The next few days will be crucial," South Korean President Moon Jae-in said, without specifying what measures would be rolled out.

Around half of the country's cases have been linked to the Shincheonji Church of Jesus sect in the southern city of Daegu, where thousands of members have been quarantined or asked to stay at home.

The new cases also included a Samsung Electronics employee at a plant in Gumi city, leading the tech giant to suspend operations there until Monday.

Elsewhere, Italy and Iran began introducing the sort of containment measures previously seen only in China, which has put tens of millions of people under lockdown in Hubei province, the epicenter of the outbreak.

Italy's cases spiked to 132 on Sunday, including three deaths, as the Venice carnival was closed early in a bid to contain the disease's spread.

Some runway shows at Milan Fashion week were canceled or held without audiences, as virus panic crept onto catwalks.

Most cases are confined to the small northern town of Codogno, about 70 kilometers southeast of Milan.

More than 50,000 people in about a dozen northern Italian towns have been told to stay home, while shops and schools remain shuttered.

Italy became the first European country to report one of its nationals had died from the virus Friday, followed by a second death on Saturday. An elderly cancer patient who tested positive for the virus died Sunday.

Meanwhile, Iran ordered the closure of schools, universities and cultural centers across 14 provinces following eight deaths in the Islamic Republic – the most outside East Asia.

"The concern is ... that we have seen ... a very rapid increase (in Iran) in a matter of a few days," said Sylvie Briand, director of the WHO's global infectious hazard preparedness department.

The sudden rise in cases prompted a flurry of travel restrictions in the region.

Pakistan closed its land border with Iran Sunday, while Afghanistan said it was suspending travel to the country.

Turkey also said it would also "temporarily" close its land border with Iran and halt flights there.

The outbreak in China remains concentrated in the city of Wuhan – locked down exactly one month ago – where the virus is believed to have emanated from a live animal market in December.

China's infection rate has slowed, but flip-flopping over counting methods has sowed confusion over its data.