'Transit' visa to the US 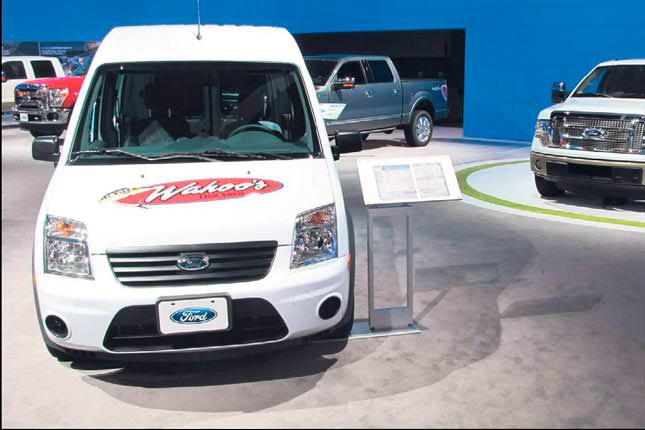 The new Transit will be exported to 23 additional markets. This is one of the largest investment projects.

With an investment of $630 million, Gölcüklü Ford Transit added to the list of countries that Turkey's automotive industry exports to. Furthermore, it opened the door to the United States for parts manufacturers. Aside from Ford Otosan, 47 other companies will export parts for Transit to be manufactured in the U.S.
Produced for the global market, the new Transit will be exported to 23 additional markets; among them African and South American countries.

This will bring the total number of countries importing Transits to 106. Haydar Yenigün, general manager of Ford Otosan, noted that the deal is one of the largest investment projects in the history of the Turkish automotive industry. "We will export parts to the New Transit factory in Kansas, U.S. in cooperation with 47 suppliers in Turkey,"
Yenigün said. More than 7 million Ford Transits have been sold since 1965 when it first entered the market. Now, the 7th generation is being promoted. The new Transit is comes with four different coachwork options: vans, minibuses, and single or double cab vans. It will go on sale from March 2014, with prices starting at TL 55,500. Ford Otosan aims sell 83,000 cars and export 195,000 parts, with a total production of 237,000 cars in 2014. The company aims to invest $435 million this year. Exporting 61 percent of all Turkish commercial vehicles, Yenigün added, "We manufactured 281,000 vehicles in 2013. We generated export revenue of $3.8 billion with the manufacture of 227,000 vehicles. Our export revenue in the area of engineering rose to $73 million"