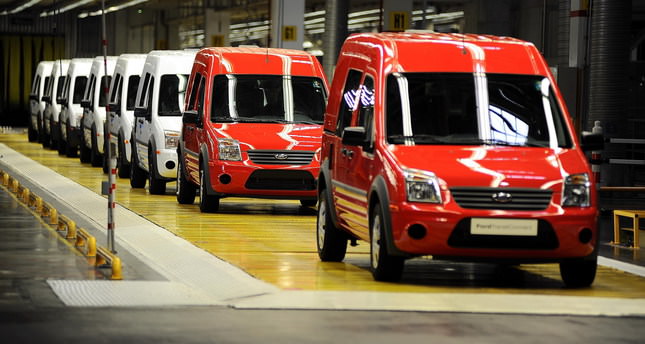 Automotive exports have increased by 10.8 percent in the first 4 months of this year compare to the same period in 2013

BURSA — Turkey's automotive exports increased by $800 million to $7.6 billion in the first four months of this year compared to the same period in 2013, according to data released by the Turkish Exporters' Assembly.

However, the heart of the country's automotive sector, Bursa, has registered a decline of 3.25 percent in its regional automotive exports for the period compared to 2013.

This drop has been covered by increases in regional automotive exports from Istanbul and the province of Sakarya. Istanbul's exports for the first quarter of 2014 totaled $1.6 billion up $500 million on the same period in 2013, while Sakarya's automotive exports totaled $834 million for the first quarter of 2014, a rise of $383 million on the same period last year.

In the first four months of this year 161 countries and 12 free zones received automotive exports from Turkey.