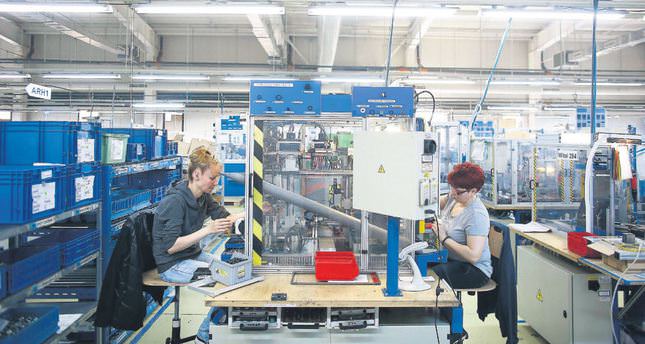 RUSE, Bulgaria — In its glory days, Ruse, a town along the Danube river trading route, was a thriving economic hub that was home to Bulgaria's first chamber of commerce and known as 'little Vienna' for its Austrianstyle buildings. A hundred years on and after decades economic decline under Communism, its location on the southeastern edge of Europe, near Turkey and bordering Romania, is helping attract investors such as Witte Automotive, a German car part maker that supplies majors including Ford.

Witte is one of dozens of foreign companies, from Japan to South Africa, driving an auto component manufacturing boom that could lift the fortunes of the European Union's poorest member. Bulgaria is hungry for new, sustainable foreign investment after a real estate bubble burst during the financial crisis in 2009. "The industry is growing, and the interest is growing too," said Till Truckenmueller, the chairman of Automotive Cluster Bulgaria, an industry group, in an interview in Sofia. "There are decisions by the big players in the past several years to have new plants here." "We are working on bringing a car manufacturer here," he said. "Be sure, if we convince one, then the automotive industry here will explode." Bulgaria may still be years away from attaining the holy grail of attracting a major car manufacturer because structural problems, such as red tape, poor infrastructure and training deter businesses.

These problems could stop the sector from becoming a game changer for the economy and are also what left Bulgaria on the sidelines in a car production boom that started in the 1990s in countries such as Poland, the Czech Republic and Slovakia. But that is slowly changing, as more and more component makers are attracted by Bulgaria's location, low taxes and labour costs, and a currency pegged to the euro.
The government is hoping to undercut Bulgaria's wealthier peers in Central and Eastern Europe in the same way that these countries had previously undercut the West.

As a sign of the changing times, Witte's Bulgaria unit will move to a much larger factory this year. It plans to double its existing workforce of around 260 workers and expects sales to rise to more than 25 million euros ($35 million; TL 73.2 million) in 2014, from modest beginnings of less than 1 million euros in 2010. "The group will grow, definitely quite significantly, and the main growth will be here in Bulgaria," said Tomas Jindra, Witte's Bulgaria CEO said at the company's Ruse factory. Similarly, exports in the sector overall have doubled to around 1 billion euros in the past five years, Bulgarian industry officials say, making up about 4.5 percent of total exports and 2.5 percent of the country's gross domestic product.

More firms are planning either to expand operations or enter the market for the first time. France's Montupet recently built a second production unit, while Johnson Controls has more than 500 engineers in Sofia that design instrument panels and infotainment systems. Global part suppliers like U.S. firm Sensata, Canada's Magna International, Japan's Yazaki and Sumitomo Electric have set up operations.