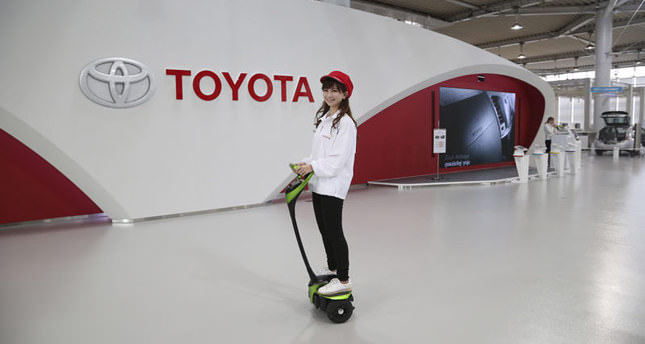 by Associated Press May 09, 2014 12:00 am
TOKYO — Toyota chalked up a record annual profit and sales above 10 million vehicles for the first time, but forecast yesterday a slower year ahead as the momentum from a weak yen fades. Expenses such as the $1.2 billion penalty it paid in a settlement with the U.S. Justice Department earlier this year for hiding information about defects in its cars dented its profit for January-March quarter, according to Toyota.

Toyota Motor Corp., the world's top automaker, is forecasting a 1.78 trillion yen ($17.5 billion; TL 36.44 billion) profit for the fiscal year through March 2015. That's lower than what the company recorded for the fiscal year just ended, when its profit almost doubled to a record 1.82 trillion yen ($17.9 billion) from 962 billion yen the previous year. Annual sales jumped 16 percent to $252 billion, helped by a weak yen which aids Japanese exporters and thanks to growth in the U.S., Europe, Japan.