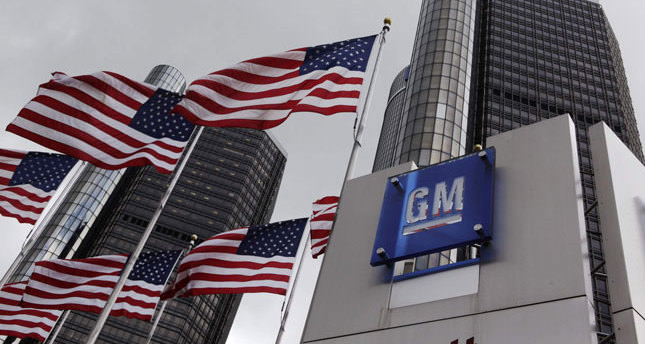 DETROIT — General Motors Co is recalling 218,000 older-generation Chevrolet small cars in the United States for a potential fire hazard, adding to the largest U.S. automaker's record recall total, according to U.S. safety regulators. The recall is the latest announced by GM, the highest profile of which is the recall of cars with defective ignition switches linked to at least 13 deaths. The Detroit company has been criticized by safety advocates and fined by U.S. safety regulators for its delayed response in catching the faulty switch.

A day after recalling 2.6 million vehicles globally, most of them in the United States, GM is recalling 218,000 Chevrolet Aveo cars in the United States from model years 2004 to 2008 as a part in the daytime running lights could overheat and cause a fire, according to documents filed with the National Highway Traffic Safety Administration. GM officials did not have an immediate comment.

The recall adds to a string this year that totals almost 11.8 million in the United States, topping the record 10.7 million the company recalled in that market in 2004. It pushes the number of vehicles GM has recalled globally this year to about 15.6 million. GM took a $1.3 billion charge in the first quarter for recall-repair costs and said Tuesday that it expects to take another $400 million charge in the second quarter for the same reason.