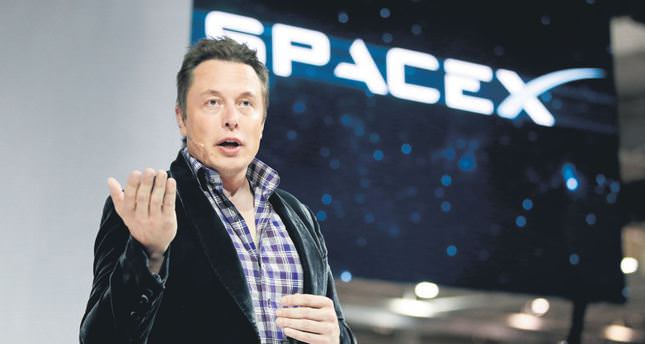 Electric car maker Tesla is giving other companies open access to its patents to accelerate the development of electric vehicles. The company will share hundreds of patents and won't sue those who use them

Tesla has decided to release the company's entire portfolio on electric cars to all companies considering branching out to the sector, and will request that they not engage in intellectual copyright battles in court.

Electric car maker Tesla Motors is handing over the keys to its technology in an unusual effort to encourage other automakers to expand beyond gasolineburning vehicles. Tesla CEO Elon Musk promised Thursday to give away the company's entire patent portfolio to all comers, as long as they promised not to engage courtroom battles over intellectual property. "If we clear a path to the creation of compelling electric vehicles, but then lay intellectual property landmines behind us to inhibit others, we are acting in a manner contrary to that goal," Musk wrote in a blog on the company's Web site. The decision opens the door to more collaboration with Tesla, which is already making electric systems for Daimler and Toyota. Other automakers using Tesla's technology could potentially share the cost of Tesla's charging stations, for example. And more charging stations could entice skeptical buyers to try electric cars. Seven years after Tesla introduced the Roadster electric sports car which it no longer makes electric cars still make up less than 1 percent of U.S. sales.
Drivers remain concerned about their range and the lack of places to get a charge. Stable gasoline prices have also hurt sales.

Musk wants Tesla to help change that. The Palo Alto, California-based company currently makes one vehicle the $70,000 (TL 148.000) Model S sedan and is developing two others. Its Model X crossover is due out next year, and Tesla wants to start making a cheaper model by 2017. It's currently scouting locations for a $5 billion battery factory to increase supplies. But Musk said Tesla can't make a dent in the market by itself, and thinks the patents could be a "modest" help to other companies developing electric cars. He says Tesla has gotten few requests for technology from rivals, but he thinks that's partly because patents were blocking access. "If we can do things that don't hurt us and help the U.S. industry, than we should do that," he said.

Musk said Tesla discussed a potential Supercharger partnership with BMW this week. Currently, Tesla has about 100 Supercharger stations scattered across North America and Europe that give Model S drivers a free power source when traveling long distances, and it plans to open more in China and Japan this year. The technology is designed to replenish about half of the battery power within 20 minutes. Prashand Kumta, a professor at the University of Pittsburgh's school of engineering, said Tesla's lithiumion battery technology isn't unique. But how the company packages that technology and designs its cars could be useful to other companies. At the start of this year, Tesla had been issued 203 patents covering its batteries and other key features that distinguish its electric cars from gasoline-powered vehicles.

Another 280 patent applications are still pending in the U.S. and other countries, according to Tesla's regulatory filings. The earliest any of Tesla's current patents expires is in 2026, so the company is relinquishing a potentially valuable long-term advantage by giving away its intellectual property to its rivals. But other companies have shown that technology giveaways can pay off. Even though it spent millions designing Android, Google made the software available to all comers at no charge. Google was more interested in expanding the market for mobile devices and ensuring its search engine and other digital services supported by advertising would be prominently featured on them.

The strategy has worked out well for Google so far. Android is now on more than 1 billion devices, surpassing Apple's iOS as the world's most widely used mobile operating system. The open-source movement has long appealed to the egalitarian mindset of most technologists, so the patent decision could help recruit talent. Musk named his company for Nikola Tesla, a famous inventor who became so exasperated with the legal system that he finally stopped patenting his ideas. Analysts said the announcement has little downside for Tesla, and could solidify its leadership in the market. "By opening its patents, Tesla rightly realizes it's better to be the best product in a large industry than the only product in a niche one," observed Silicon Valley entrepreneur Aaron Levie, the CEO of file-storing company Box Inc., in a Thursday post on his Twitter account.
RELATED TOPICS