New Hyundai i20 to be produced in Turkey 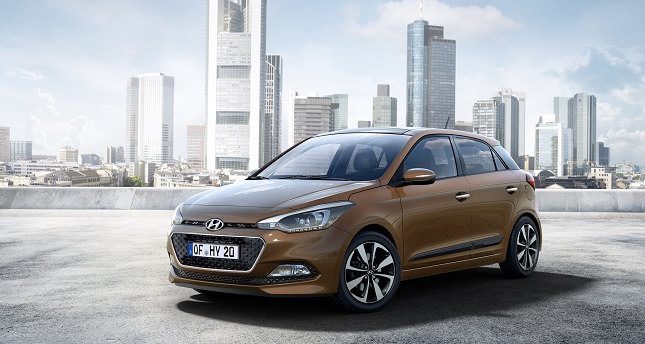 by Halit Bolkan Aug 14, 2014 12:00 am
As representative of Hyundai's Bsegment, the new generation of i20 has finally been launched. The world premiere for the new i20 is scheduled to be held at the 2014 Paris Motor Show in early October. It will be produced in Turkey and exported to all European countries. Thus, with the i20, whose production will start in October, Hyundai Assan Company will be producing two brand new models in two years.

Initiating an investment move in 2013, Hyundai Assan has invested 508 million euros (TL 1.47 billion) including the enhancement of its annual production capacity to 200,000 and subsidiary industry improvement backings, in addition to the production of the i10 and i20.

The i20, which aims to have a larger share in the European market, is designed in line with the pleasures and requirements of European consumers at the Design Center in Germany's Rüsselsheim.

Based on a new platform, the new i20 is 4.35 meters in length and features a 2.57-meter wheelbase (45 mm longer than its predecessor) providing European customers with one of the most spacious cabins in the segment. Efficient packaging has created a passenger compartment that can comfortably seat five adults. Combined front and rear legroom is best in class at 1.89 meters.
Trunk capacity is also segment-leading: 326 liters when the rear seats are upright.