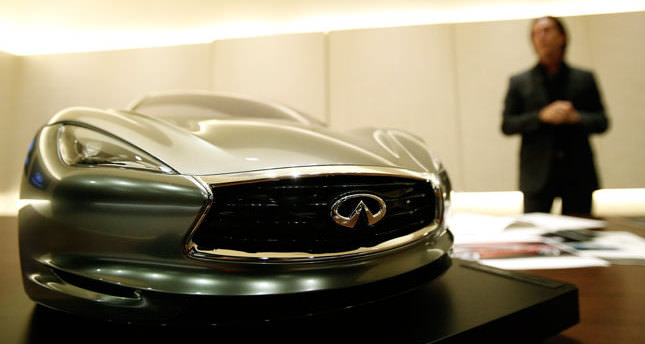 Berlin-based PR executive Herbert Franz should be a soft target for German luxury automakers - his last car was a BMW X3 - but he can't wait to leave them behind. "This car is hip," said Franz, 52, at the city's biggest Jaguar Land Rover showroom, while eyeing up a British-built Evoque SUV that he fully intended to purchase. Decked out in bright red blazer and canary yellow trousers, Franz might not be the typical customer in Germany's conservative premium market. But his shifting taste in cars foreshadows less comfortable times ahead for global leader BMW, as well as Audi and Mercedes-Benz.

The German premiums have long been on a roll, producing an export-driven sales explosion and huge returns while mass carmakers struggled through Europe's crisis. But in a headlong sales race, second-placed Audi and runner-up Mercedes have both vowed to depose BMW, giving rise to heavy discounting, which sullies luxury brands and creates opportunities for the growing competition, observers say. Now a host of younger or revived premium marques are poised to follow JLR by pitching dozens of new models against the big three, whose very ubiquity is taking the shine off their prestige.

"The German premiums have sacrificed some of their exclusivity by entering smaller, volume segments like compacts," said Bernd Hoennighausen, an automotive consultant. "They've pushed volume with fleet discounts of around 20 percent," said Hoennighausen, who previously managed corporate fleets for Deutsche Bank and BNP Paribas. "This may open the door to newer players like Jaguar, who are starting to offer fleet-relevant products." Among others waging or planning new offensives are Fiatowned Maserati and Alfa Romeo, Nissan's Infiniti, and Volvo, a unit of China-based Geely. "Our theory is that there's room for something visibly different that is styled in a more provocative manner," said Andy Palmer, the senior Nissan executive charged with achieving a breakthrough for the 25-year-old Infiniti brand. "It's particularly true for China,"
Palmer told Reuters. "Chinese consumers will cross-shop - and Audi only has the market to lose because they've been so dominant." For now, the Germans remain firmly on top.

Their combined sales amounted to 4.7 million vehicles last year, almost 60 percent of the global luxury car market, according to consulting firm IHS Automotive. That represents a 38 percent gain since 2007, the eve of the financial crisis, when the big three claimed just over half of the market. Global car sales grew 21 percent overall, while European demand shrank by a quarter over the period. BMW has led the charge into new niches, launching dozens of models including SUVs in every size category, with Audi close behind. Nonetheless, some analysts believe the tide is beginning to turn against the Germans.

UBS expects the same group of challengers, plus Tesla's zippy electric cars and DS models from PSA Peugeot-Citroen, to grab 30 percent of global premium sales growth in 2014-18, raising their current 12.5 percent market share. A Maserati push is making headway, with first-half shipments quadrupling on new models launched under Fiat Chrysler boss Sergio Marchionne, who hopes a revived Alfa can also use its pedigree to outrun upstarts such as Infiniti and DS. Tataowned Jaguar Land Rover recorded 19 percent sales growth last year, thanks in large part to the compact Range Rover Evoque coveted by Franz, and aims to follow up with the imminent Jaguar XE sports sedan and a later SUV. Luxury automakers must sell more smaller cars to meet ever-tightening carbondioxide emissions targets and avoid fines. Driven by this imperative and their bitter rivalry, BMW, Audi and Mercedes have been discounting as hard as many mass-market carmakers.