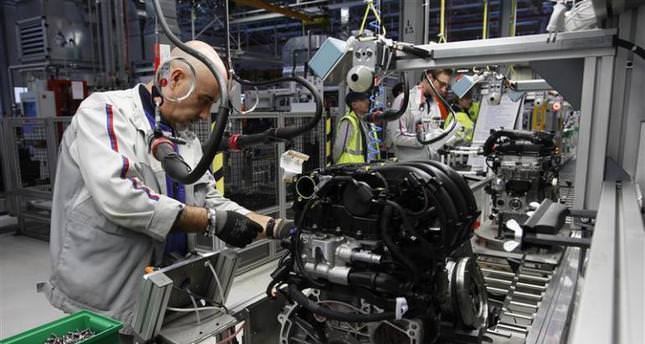 Foreign automakers seeking a return to the Iranian market with the lifting of sanctions will find the business environment has changed. Former joint venture partners now want to play the game by their rules

Iran's auto industry has been a major casualty of penalties imposed over the Islamic Republic's nuclear program, with production plummeting and workers laid off because of the ensuing economic slowdown. France's PSA Peugeot-Citroen and South Korea's Hyundai left the country altogether, while Renault continues to import parts and assemble cars in Tehran but at a fraction of its former output. Total car production was 1.6 million in 2011, but it halved two years later. U.S. sanctions on the auto industry in 2013 were the main cause, on top of American and European bans on Iranian bank transactions abroad. But the auto sanctions were lifted earlier this year after an interim nuclear agreement was reached between Iran and world powers, and a final accord is still on the horizon, raising the prospect of better times for the industry. That will draw international suitors to Tehran on Monday for the second consecutive Iran Auto Show. Mercedes Benz, Volkswagen, Renault, Peugeot, Kia and Toyota have confirmed. U.S. carmakers General Motors and Ford were invited, but it is unclear if they will attend. The organizers want to attract foreign investment - with a population of 77 million, the Iranian market is seen as untapped - but the conditions of a partnership are likely to change.

Under new joint deals, the industry ministry wants 40 percent of production done in Iran to begin with, rising to 85 percent after five years. Iran Khodro, which has a 54 percent market share in the Islamic Republic, plans to return this year to its 2011 production level - 600,000 cars. Previously, it had agreements with Peugeot, Renault and Suzuki, but current production is done without foreign ties, Hashem Yekezareh, Iran Khodro's chief executive, told AFP. "We expect our former partners back in Iran but on the terms that we offer," he said, with particularly tough words for Peugeot-Citroen, noting, "They quit Iran" when the situation deteriorated, adding that they will have "to pay the price for such acts."

Representatives from the French carmaker, for whom Iran was its second-largest market, met Iranian officials in Paris in early October to discuss a possible return. Iran Khodro now wants a 50-50 joint venture rather than the previous 51-49 ratio in the visitor's favor, encompassing production, sales, technology transfer and access to Peugeot-Citroen's foreign network. The partnership stretches back to 1990, but that won't secure preferential treatment this time around. "We know what Iran Khodro's interests are, and we will go to the company that best protects those interests," said Yekezareh.

In early October, Iran Khodro unveiled two new models in collaboration with Renault at a plant in the northern city of Tabriz - a Captur urban crossover vehicle and the Clio 4. Eventual production of those vehicles could raise Iran Khodro's market share to 60 percent, but for a major boost to the auto sector a full and final nuclear deal is necessary. "The day the nuclear deal is signed ... business will pick up," said a foreign auto expert who claims a preliminary agreement with Volkswagen's Skoda has already been made. Hyundai and Fiat are also reportedly looking for deals. Even so, as long as the banking sanctions are still in place, market conditions will not return to normal. And ahead of the auto show, some carmakers cite other problems. The Tehran government's granting of an exclusivity deal on urban crossovers and city compact models to Iran Khodro and Saipa, the country's second-biggest manufacturer, raises questions about anti-competitive practices. Mostafa Jafari, the commercial director of Kerman Motor, which assembles Chinese brands Lifan and JAC, said his company has the capacity to make those cars and could triple its market share to 15 percent by doing so. This week's auto show should test foreign and local companies' expectations alike.