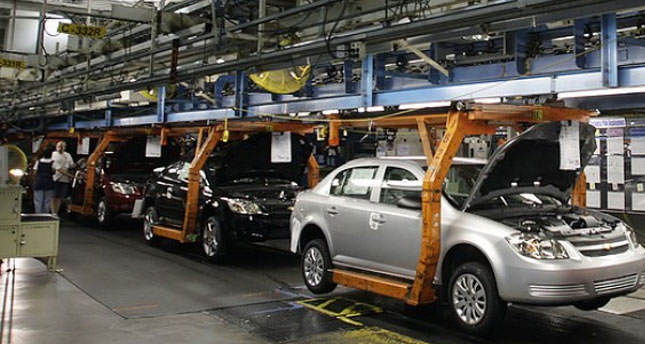 by AA Dec 03, 2014 12:00 am
Turkish automobile exports enjoyed their best performance in the last six years between January and November. According to data published by the Turkish Exporters Assembly (TİM), exports in the automobile sector have increased by 4.8 percent in the first 11 months of this year, reaching $20.5 billion while the figure last year was $19.5 billion. The highest automobile exports over the past 11 months were to Germany totaling $3.4 billion. While the exports this November have decreased by 11.1 percent and the sector experienced steep drops on a monthly basis, the sector is still on the rise. The highest amount of exports in the Turkish automobile sector was experienced in March this year, with $2.1 billion, and the lowest export level was in August with $1.2 billion. Moreover, the economic improvement in Europe balanced the decline observed in domestic demand. When automobile exports in the first eleven months of the year are examined according to import country, Germany tops the list with $3.4 billion followed by the U.K. with $2.3 billion, France with $2.1 billion and Italy with $1.6 billion. Germany's share in the total automobile exports from Turkey was 16.6 percent, while the U.K.'S was 11.1 percent and France's was 10.4 percent.