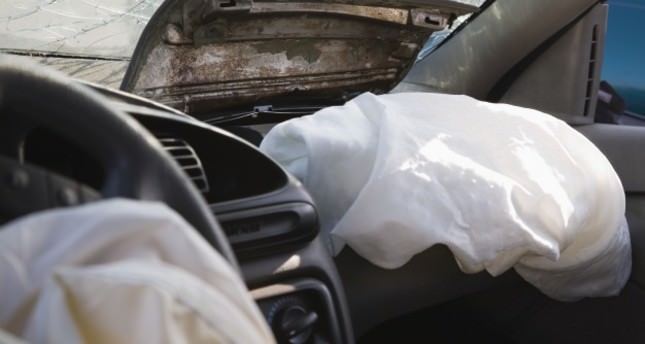 Toyota, Honda, GM, Nissan, Subaru, Chrysler and Ford are teaming as they try to recall cars with faulty airbags. Toyota will ask the industry to hire an independent engineering company that will share results

At least seven automakers are teaming up to find the cause of a problem with air bags used in their vehicles and how many cars to recall because of it. Inflators in certain air bags made by the Japanese supplier Takata Corp. can explode with too much force and spew shrapnel into the passenger compartment. So far, 14 million vehicles worldwide have been recalled due to the problem, including 8 million in the U.S. Takata has yet to pinpoint a cause, even though the recalls started a decade ago. The U.S. government wants Takata and automakers to add millions of cars across the U.S. to recalls currently limited to areas with high humidity. The automakers indicated Tuesday that they want to do their own testing, in addition to tests underway at Takata.

Toyota and Honda are leading the call for an industrywide investigation. In a statement, Toyota said it will ask the industry to hire an independent engineering company, and the affected companies would share results to figure out recall repairs. So far, General Motors, Nissan, Subaru, Chrysler and Ford have agreed to cooperate. One auto industry analyst suggested the automakers feel Takata is taking too long to find the cause. The announcement came as Takata edged closer to a midnight deadline to agree to a national recall of driver's air bags or face civil fines and legal action from the National Highway Traffic Safety Administration. The U.S. Transportation Department, which oversees NHTSA, said Tuesday evening that the agency received a response from Takata and was evaluating it. In Tokyo, Takata spokesman Hideyuki Matsumoto said yesterday that the company's response was "neither a yes nor a no," but that the company has told NHTSA it will cooperate with the automakers on what they decide on the scope of the recalls. He suggested it's up to the automakers to decide, not Takata. Some of the biggest recalls so far have been limited to high-humidity areas in the Southern U.S., plus Hawaii and some territories. The agency has said that prolonged exposure to airborne moisture can cause the inflator propellant to burn faster than designed. That can rupture metal inflator canisters. At least five deaths worldwide have been blamed on the problem. NHTSA demanded the national recall of driver's air bags after receiving reports of two incidents that occurred outside the recall zone.

The demand covers vehicles made by Ford, Honda, Chrysler, Mazda and BMW, generally from the 2008 model year and earlier. The government says it doesn't have data to warrant a national recall of passenger side air bags. In a statement Tuesday, Takata said it had formed a panel to investigate its inflator manufacturing process, but it didn't specify whether it would agree to the national recall. Takata also said it's working with top scientists who specialize in propellants, inflators, and air bag systems to evaluate its inflators. Takata's driver and passenger inflators are similar and use the same propellant, so Brauer wonders why all the problem air bags aren't being recalled nationally.