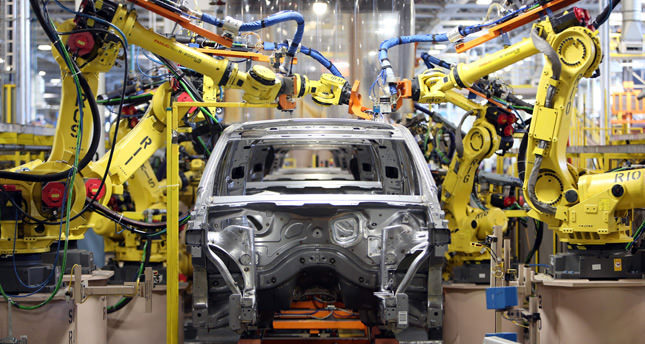 by Associated Press Jan 06, 2015 12:00 am
Holiday sales, cheap gas prices and low interest rates pushed U.S. auto sales to big gains in December, helping the industry close out a strong year with several brands setting sales records. Fiat Chrysler led the way, selling just over 2 million cars and trucks for a 16 percent increase over 2013. It was the company's best year since 2006. Nissan and Honda also reported gains in December with both Japanese automakers setting sales records.

The figures show that car and truck sales finished the year strongly. For all of 2014, analysts are predicting sales of 16.5 million vehicles, up 6 percent from last year and a return to pre-recession levels. And analysts say Americans will continue to buy cars in big numbers this year. They're predicting sales of 17 million for the first time since 2005. That's close to the record of 17.3 million set in 2000.

Automakers report U.S. December and full-year U.S. sales on Monday. Fiat Chrysler was led by the Ram pickup truck, with sales up 24 percent for the year. Pickup truck sales rebounded for nearly all automakers through 2014 as small businesses regained confidence in the economy and gas prices fell, making the trucks more attractive. Sales of the Jeep Cherokee small SUV were seven times larger than last year, reaching nearly 179,000. Jeep brand sales rose 41 percent for the year to more than 692,000 vehicles, an annual record. SUVs of all sizes also were hot sellers last year as buyers went for higher seating positions and better cargo-hauling space.

Nissan said its sales grew 11 percent for the year to 1.39 million to set an annual record for the company. Nissan brand sales were up 12 percent for the year, while the Infiniti luxury brand gained just under 1 percent. Nissan was led by the redesigned Rogue small SUV with sales up 22 percent. Honda says its sales last year rose 1 percent to 1.54 million cars and trucks. That was enough to post the second-best results in company history and a record for the Honda brand. Acura luxury brand sales rose 1.5 percent for the year. Honda was led by the CR-V small SUV with a 10 percent sales gain to 335,000. That broke the SUV's annual sales record.