Vehicle production up by four percent in 2014 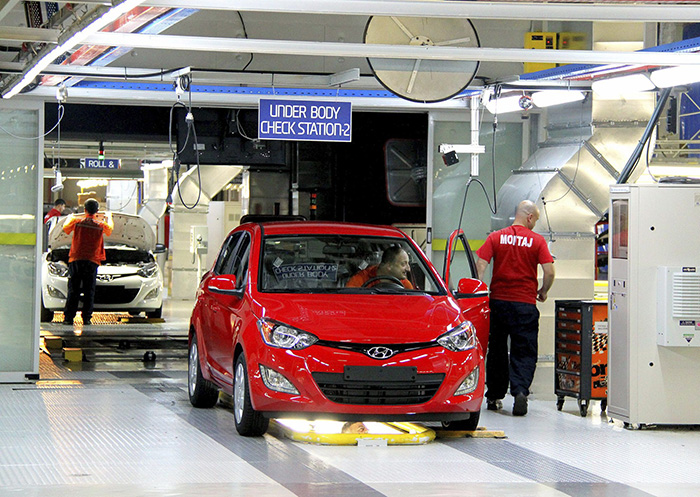 According to statistics gathered by Anadolu Agency from data provided by the International Organization of Motor Vehicle Manufacturers, motor vehicle production in the world has increased by 2.6 percent compared to the previous year, reaching 89.7 million. Some 67.5 million out of this total were automobiles, 18.1 million light commercial vehicles, 3.7 million were trucks and 315,000 were buses.

Turkey produced 45,000 more vehicles in 2013 than 2012 and one out of every 77 motor vehicles in the world was manufactured in Turkey. China continues to be the world leader, having held the position since 2009, and it increased its vehicle production by 7.3 percent to 23.7 million vehicles, 12 million more cars than its closest competitor. One in every four cars in the world was manufactured in China in 2014.

The U.S. follows the largest motor vehicle producer, China, with 11.7 million vehicles and Japan was the third largest producer with 9.8 million cars, followed by Germany and South Korea. Iran, one of Turkey's most important trade partners, was the country that increased its production by the highest number, 46.7 percent, and rose to the 18th spot from 20th. On the other hand, Ukraine suffered a great decline in its production as motor vehicle production dropped by 43 percent.
Last Update: Mar 11, 2015 4:08 pm
RELATED TOPICS