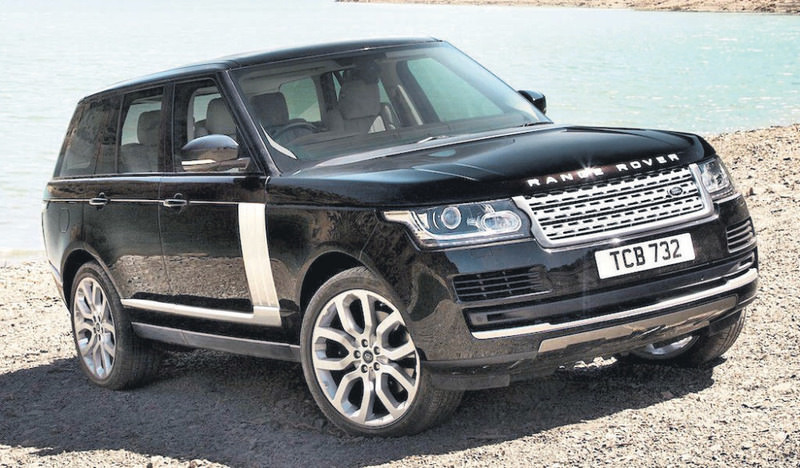 by Anadolu Agency Mar 18, 2015 12:00 am
After an Istanbul court found that the failure in businessman Engin Yakut's Range Rover Vogue-branded vehicle stemmed from a production error, it summoned British luxury automotive company, Jaguar Land Rover Automotive PLC's executives to the trial, which will be held on Sept. 17.

In March 2013, Yakut bought a Range Rover Vogue model for 170,000 euros from an auto gallery in Istanbul. Even though he was driving the car at a speed of 70-80 km per hour and his car had only clocked 450 km by then, he noticed a burning smell and saw sparks coming from the engine, which suddenly began leaking oil. Yakut narrowly avoided an accident, and one week after his car was towed to Borusan Oto, a report was issued indicating that the engine was damaged and the transmission had broken off, as it was not screwed on firmly. The report said that it was a failure stemming from a production defect, and assured Yakut that he had no responsibility for the breakdown since the car was bought new.

Yakut sent an international notice to Jaguar Land Rover three times, demanding the car be replaced with a new one. As the company failed to respond, he appealed to Istanbul First Consumer Court for the recall and withdrawal of Range Rover Vogue vehicles from the market. The court accepted the lawsuit, which had repercussions abroad on social media platforms as well.

Hearing the news from social media, a man contacted Yakut and his lawyer, Candaş Gürol, to file the same lawsuit in the court, saying that his two Range Rovers experienced similar failures. The court then dispatched a panel of experts to examine the three cars in Borusan Oto. The expert opinion also concluded that the failures in the cars did not stem from driver error but from production mistakes, and that the production company needs to replace the cars with new ones.Yakut also appealed to the European parliament and the European Commission requesting the withdrawal of all Range Rover Vogue models from the European market. Gürol offered the reports to consumer courts demanding the cessation of imports of the cars, arguing that the presence of the cars in traffic constitutes a risk for drivers in Turkey. The court ruled that a notification would be sent to Jaguar Land Rover executives in the U.K. to appear in court as respondents. If they cannot appear before the court, they will go through trial in absentia.
Last Update: Mar 18, 2015 11:30 pm
RELATED TOPICS