Chinese firm to take wheel of Italian Pirelli in $7B deal 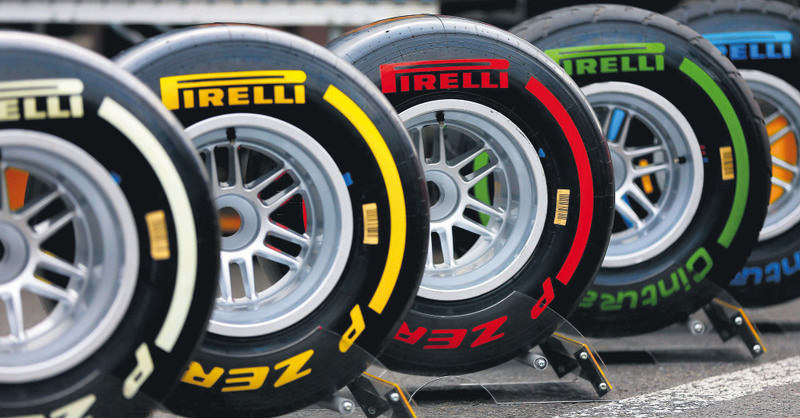 Chinese state-run firm ChemChina has agreed to buy just over a quarter of Italian tire maker Pirelli, renowned for its Formula One equipment and racy calendars, in a deal that will lead to a takeover bid

China National Chemical Corp (ChemChina) is to buy Pirelli, the world's fifth-largest tyre maker, in a 7.1 billion-euro ($7.7 billion) deal that will put the 143-year-old Italian company in Chinese hands. The deal agreed with Pirelli's top shareholders on Sunday is the latest in a series of takeovers made in Italy by cash-rich Chinese buyers, who can take advantage of a weak euro just as signs emerge that Europe is coming out of economic stagnation.

The offer will be launched at 15 euros per share, valuing the Italian group at 7.1 billion euros excluding net debt of almost 1 billion euros at the end of 2014. The ChemChina unit also envisages taking Pirelli private. But if successful the deal will give state-owned ChemChina, led by acquisitive chairman Ren Jianxin, access to technology to make premium tyres, which can be sold at higher margins, and give the Italian firm a boost in the huge Chinese market.

It would be China's fifth-biggest outbound deal by a state-owned firm, according to Thomson Reuters data, and the first major acquisition since China's MMG Ltd led a consortium last year to buy the huge Las Bambas copper mine in Peru from Glencore.

Under the proposed deal ChemChina's tyre making unit, China National Tire & Rubber, will enter into a joint venture which will first buy the 26.2 percent stake that Italian holding firm Camfin owns in Pirelli. The venture will then launch a mandatory takeover bid for the rest of Pirelli, the companies said in a statement on Sunday.

The bid will be launched by a vehicle controlled by the Chinese state-owned group and part-owned by Camfin investors, who include Pirelli boss Marco Tronchetti Provera, Italian banks UniCredit and Intesa Sanpaolo, and Russia's Rosneft.

Rosneft bought a 50 percent stake in Camfin a year ago, before the onset of the Russian economic crisis. The oil company will remain a Pirelli investor after the buyout but it is unclear at this stage what its final stake will be. The new Chinese owners will pick a new chairman while Tronchetti Provera, who started working in the tyre maker in 1986 after marrying a member of the Italian family that founded the firm, will remain chief executive.

Some analysts said that level prices expectations of an ordinary dividend of between 38-44 euro cents, which the company has said will be paid before the buyout deal. If Pirelli decides to pay out a special dividend on the disposal of its steelcord business announced last year, the stock could still rise to 16 euros before hitting the offer ceiling, according to analyst estimates.

Italian press reports mentioned the possibility of a counterbid by a major European competitor like France's Michelin or Germany's Continental, which would also push the share price higher, although analysts were sceptical. "While a counterbid from Western tyre makers is unlikely (anti-trust issues, limited strategic appeal), this deal is nonetheless set to considerably shake up the sector," Natixis said in a note. The agreement would give ChemChina access to technology used in making premium tyres and could help China further develop its automotive industry, while strengthening Pirelli's position in competing against larger rivals such as Michelin and Continental which are looking for growth in Asia. Camfin said on Sunday Pirelli's less profitable truck and industrial tyre business would be folded into ChemChina's listed unit AEOLUS, allowing it to double its output.