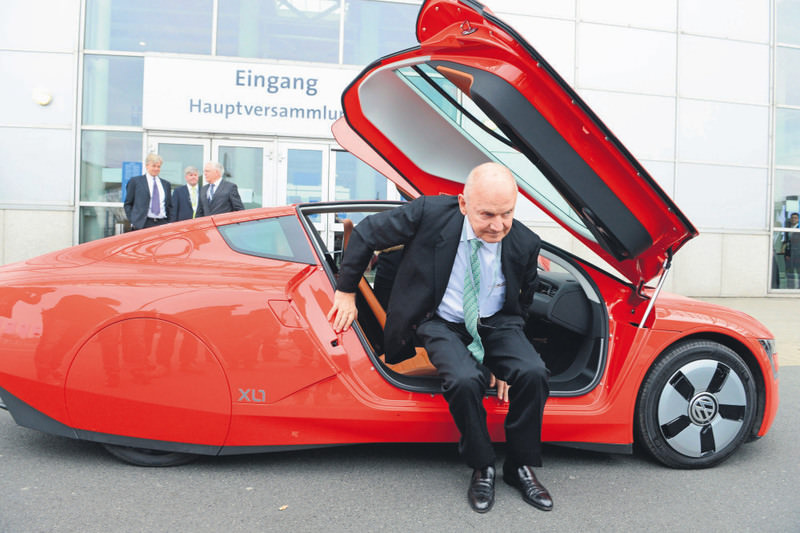 by Associated Press Apr 26, 2015 12:00 am
Ferdinand Piech, chairman of the board of Volkswagen AG and a major figure in the German auto industry, has stepped down after clashing with other board members over his criticism of the company's CEO. Volkswagen said in a statement Saturday that Piech, 78, was resigning with immediate effect. Piech had said in an interview with Der Spiegel published earlier this month that he was distancing himself from CEO Martin Winterkorn. Volkswagen is profitable and saw global sales pass the 10 million mark last year as it pursues its goal of dethroning Japan's Toyota as the world's largest automaker. But its core Volkswagen brand has struggled to hold down costs and to gain market share in the United States.

Piech's view on Winterkorn was rejected by other members of the board who said that he had not agreed that stance with them. They pushed back, and the board's six-member executive committee, which includes Piech, issued a statement April 17 saying Winterkorn, 67, was "the best possible" chief executive for Volkswagen. Winterkorn, CEO since 2007, got support from the head of Volkswagen's influential employee council, while the governor of the state of Lower Saxony, a minority shareholder in the company, criticized the public discussion about the company's leadership. Piech's cousin, Wolfgang Porsche, said Piech's comment represented his "private opinion." The Piech and Porsche families together control a majority of shares in Volkswagen. Volkswagen said Piech's wife, Ursula, was also resigning from her board seat.

The Volkswagen AG statement said that deputy board chairman Berthold Huber would serve as interim chairman. Piech served as Volkswagen CEO from 1993 to 2002, gaining credit for turning the company around and expanding its reach with new brands such as Skoda at the lower end of the market and Bentley, Bugatti and Lamborghini at the luxury end.
Last Update: Apr 26, 2015 9:35 pm
RELATED TOPICS