Toyota zooms to record $18B profit on sales growth, yen 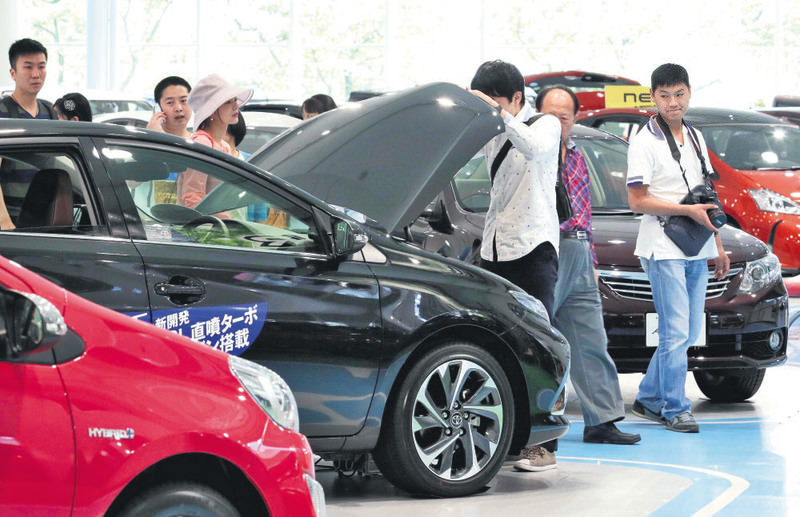 by Associated Press May 08, 2015 12:00 am
Toyota zoomed to a record 2.17 trillion yen ($18.1 billion) profit for the fiscal year through March, up 19 percent from the previous year, buoyed by sales growth in the U.S. and a perk from the cheap yen. Toyota Motor Corp. President Akio Toyoda told reporters Friday the Japanese automaker appeared to be back on track for "sustainable growth," although the coming year would be a critical test. Looking ahead, the company announced it's expecting 3.5 percent growth in profit to 2.25 trillion yen ($18.8 billion) for the fiscal year through March 2016. Since Toyoda, the grandson of the automaker's founder, took the helm in 2009, Toyota has gone through hard times, getting embroiled in a massive recall scandal, mostly in the U.S. The scandal ballooned to millions of vehicles being recalled for a range of problems, including faulty brakes, sticky gas pedals and defective floor mats.

"This year will be decisive in showing whether Toyota can head toward sustainable growth or we will be forced to turn backward," he said, referring to the recall fiasco and the 2008 financial crisis.

Annual sales grew 6 percent to 27.23 trillion yen ($227 billion), although fewer vehicles were sold around the world. Cost cuts and a cheap yen helped. The maker of the Camry sedan and Prius hybrid has been the world's top-selling automaker for the last three years in the face of tough competition from Volkswagen AG of Germany and General Motors Co. of the U.S.

Since the recalls surfaced, Toyoda announced an intentional halt to expansion such as opening new auto-assembly plants and instead focused on cost cuts, quality controls, personnel training and making more of existing plants.

That three-year hiatus was lifted only recently. Last month, Toyota announced a new plant in Mexico, with eyes on the lucrative North American market, as well as a plant in China, where despite some bumps, long-term growth potential remains great.

Before the scandal, Toyota boasted a reputation for meticulous quality, super-lean production and a management that empowered workers. But it acknowledged that it had grown too fast.

After the scandal, Toyota unveiled TNGA, or Toyota New Global Architecture, which streamlines product development to avoid overlap and encourages shared technology and parts, to reduce waste while being able to adapt to different markets and kinds of buyers. The first products under the architecture will roll out later this year, theoretically boosting profitability.

Over the years, Toyota models have been seen as reliable and delivering good mileage, but they have also been seen as bland and unfashionable. Toyoda is trying to change that, emphasizing the need to chisel out a reputation for glamor and luxury that some European and American rivals already have, but has remained elusive for Toyota. For the January-March quarter, Toyota reported a 446.4 billion yen ($3.7 billion) profit, up 50 percent from a year earlier.