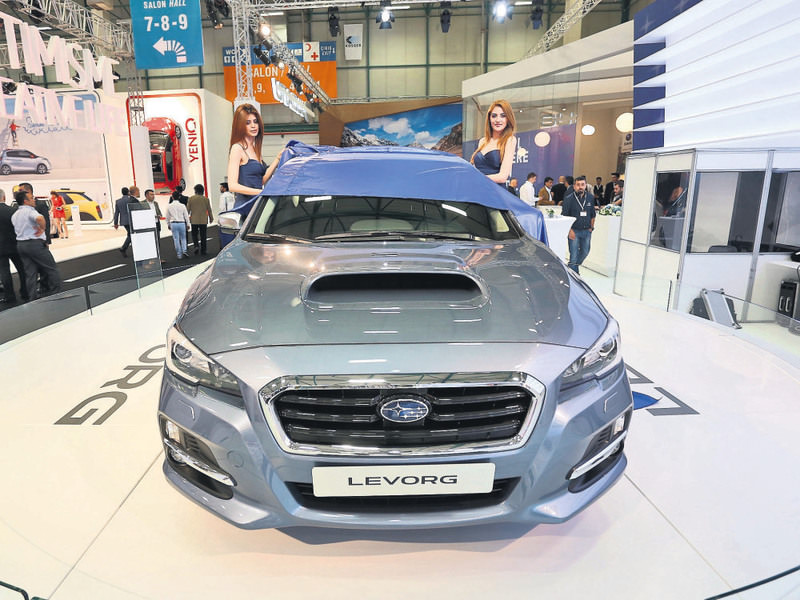 by Anadolu Agency May 22, 2015 12:00 am
The first day of the Istanbul Auto Show 2015 – one of the biggest industry shows in Europe and the Middle East – has brought together 37 brands and 500 models, as the country celebrates its robust automotive sector. However, the event has also seen ministerial demands for striking employees embroiled in an ongoing labor dispute at Turkish car plants to return to work.

Under the slogan "World's New Wonders," the car models are being displayed across 14 halls at Istanbul's Tüyap Fair, Congress and Convention Center.

"More than 60 models will be introduced at the fair for the first time in Turkey," said Mustafa Bayraktar, chairman of the Automotive Distributors' Association. He said the show would contribute to the reputation and awareness of the Turkish automotive industry.

Turkey ranks 17th in the global automobile production market. The country manufactured one out of every 77 motor vehicles in the world in 2014, according to figures from the International Organization of Motor Vehicle Manufacturers.

At the first day of the fair, two new models – the Fiat Aegea and Volkswagen Caravelle – were revealed for the first time.

"There are 37 brands and around 500 models at this fair, and two models were introduced for the first time to the world," Bulent Unal, the Chairman of Tuyap Fair, Congress and Convention Center told Anadolu Agency. "These introductions point to the importance of this fair."