Lamborghini to build SUV in Italy, launch planned for 2018 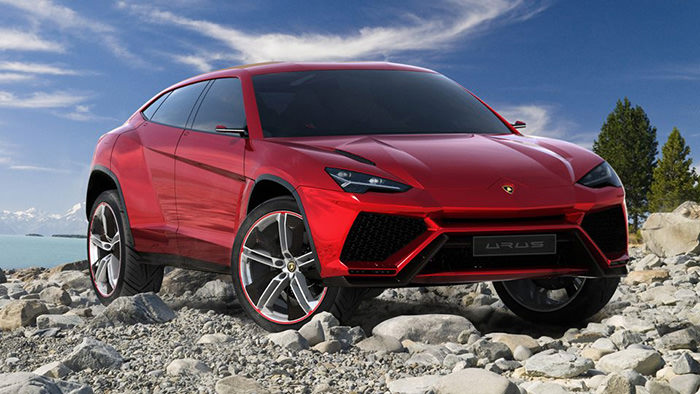 Lamborghini Urus concept SUV at the Auto China 2012 car show in Beijing.(AFP Photo)
by May 28, 2015 12:00 am
Lamborghini will produce its much-anticipated sport utility vehicle (SUV) at the supercar maker's Sant'Agata Bolognese plant in Italy, with the new model to enter the market in 2018, the company said. Lamborghini, part of the Volkswagen group, hopes the SUV will allow it to repeat stable-mate Porsche's success in the fast-growing market for luxury four-by-fours and boost profitability. Its targeted volumes of around 3,000 vehicles per year will more than double the company's deliveries, which stood at 2,530 vehicles last year. "The introduction of a third model ... signifies for us the beginning of a new era," Chief Executive Stephan Winkelmann said in a statement. Winkelmann and Italy's Prime Minister Matteo Renzi met in Rome on Wednesday to sign a letter of intent on the matter.

The luxury carmaker said it would hire 500 new employees, almost double the physical size of its plant in Italy's Emilia Romagna region, and invest "hundreds of millions of euros" in the project over the lifecycle of the vehicle. "The investment ... is at 700-800 million euros, close to a billion," Renzi said at the signing ceremony in Rome.

A source told Reuters on Tuesday that Italy's government provided tax breaks and incentives for a total of up to 90 million euros (64 million pounds) to encourage Lamborghini to base the production of the new model in the country.

With the SUV, expected to cost 180,000 euros, Lamborghini will mainly target fans of all-wheel-drive vehicles in markets such as the United States, China, the Middle East, the United Kingdom, Germany and Russia. The carmaker also hopes to expand its customer base to families and other clients new to the high-performance brand. Lamborghini's decision to base the model in Italy follows a similar move by Fiat Chrysler, which began producing its new Jeep Renegade and Fiat 500X models at a plant in southern Italy last year, also boosting employment.