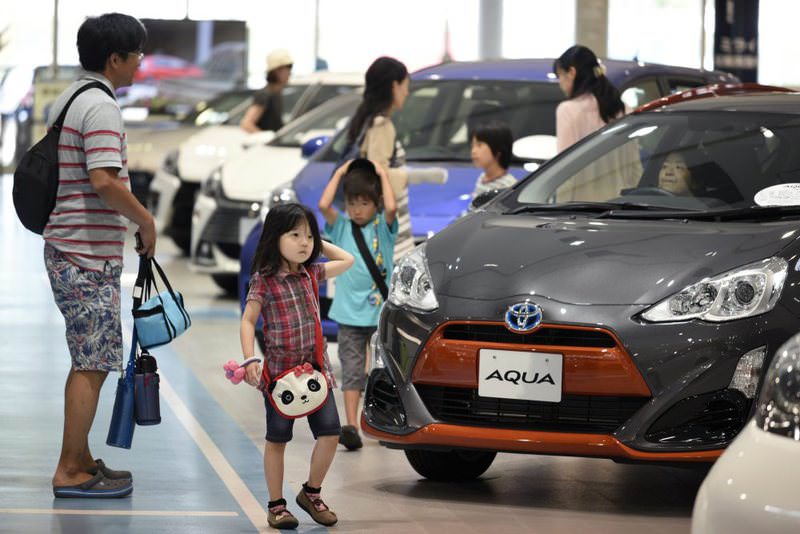 Although Toyota was overtaken by Volkswagen as the world's largest automaker in the first half of the year, the relative weakness of the Japanese yen has helped to make Toyota more competitive abroad, beating analyst expectations

Toyota said on Tuesday quarterly net profit jumped 10 percent from a year earlier and raised its fiscal-year revenue forecast but warned of prospects in China, the world's largest vehicle market.

The maker of the Corolla and Camry reported a net profit of 646 billion yen ($5.2 billion) in the three months to June, beating analyst expectations, while revenue rose 9.3 percent to 6.98 trillion yen.

The Japanese giant's vehicle sales, however, were slightly lower in the period and it trimmed its 2015 calendar year sales forecast to 10.12 million vehicles from 10.15 million units.

Toyota and Volkswagen are locked in a tight race for the title of world's biggest automaker this year, after the German giant outsold its Japanese rival in the first half.

Toyota, which also said its fiscal year to March revenue would be slightly higher than the expected 27.8 trillion yen, credited a weak yen and cost cuts for its latest financial results.

"Toyota has benefited from the weak yen and strong sales in North America while sales of its Lexus models have been steady," Tokyo-based auto analyst Takaki Nakanishi said.

Last quarter, sales in the key North American market rose while they turned down in Europe and Asia, including Toyota's home market of Japan where consumer spending dived after the government raised sales taxes last year.

Managing officer Tetsuya Otake said there were signs of an uptick in Japan, but warned over a stock market rout in China and signs of a weaker economy.

"There has been a change in the environment" in China, he told reporters.

"For the time being, we have not seen an impact on our sales, which have been increasing in recent months, but stock markets are falling and other indicators are mixed, so we want to be vigilant."

Separately, Toyota said it was reorganizing its Chinese operations, including adding a production line at a plant in the northern city of Tianjin with a capacity of 100,000 vehicles annually to replace an older assembly line.

The changes underline a "commitment to plants that are competitive, rather than plants that simply aim to maximize production," it said.

Toyota has been focusing on squeezing out productivity gains and better using existing plants; it put on hold building new factories for several years.

The company began operating a new Thai plant in 2013, but then halted investment as the global car market struggled with oversupply and weak demand.

In April the company announced it was ending the construction freeze as it unveiled plans for a $1.0 billion plant in rising Mexico.

The company is also overhauling its production methods, vowing to slash development costs to try to offset any downturn in the market.

Last week rivals Honda and Nissan both reported strong results, but observers warned of the threat of a slowdown in China and costs tied to a massive exploding airbag crisis. "Concerns over recalls related to Takata's airbags continue to cast a shadow on the sector," said Yasuo Imanaka, analyst at Rakuten Securities in Tokyo.

"Unexpected, massive recalls are a sizable risk for any automaker."

Toyota is working to regain its reputation for safety after the recall of millions of cars globally for various problems, including the problems at embattled supplier Takata.

Its defective airbags have been blamed for eight deaths and scores of injuries around the world.

The defect, thought to be associated with a chemical propellant that helps inflate the airbags, can cause them to deploy with explosive force, sending metal shrapnel hurtling toward drivers and passengers.

Ten global automakers, also including General Motors and Germany's BMW, are being forced to recall some 34 million cars in the United States alone to replace the inflators, making it the biggest recall in U.S. history.
RELATED TOPICS