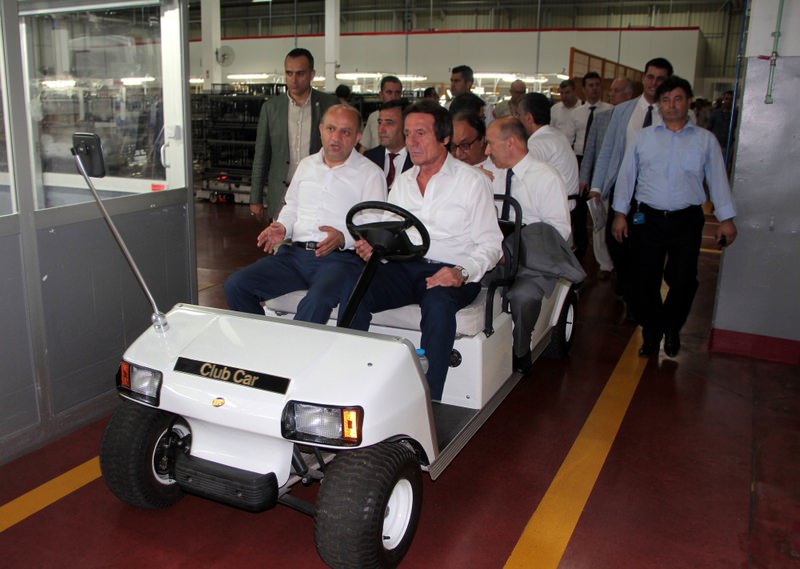 by Metin Can Aug 26, 2015 12:00 am
One of Turkey's largest industrial establishments, Vestel is entering the automotive sector. The company, which has been making preparations for an electric car and automotive electronics, is expected to make a long-term investment valued at $1.1 billion in the field. This investment, which is expected to be announced within a few months, will be one of the biggest moves made in the automotive sector in recent times. Electric car production will be the main focus of the investment, which the company thinks can alter the balance of the sector. The investment will "meet the demands of world giants in this field" and will also cover a significant part of the needs for the home-grown electric car in Turkey. Vestel will produce electric car engines and electric engine control mechanisms in the first stage as well as designing the motherboard that starts the engine. The investment will be made in Manisa, according to some sources.

It was learned that Vestel is also working in cooperation with the government. A board of officials from the Science, Industry and Technology Ministry visited Vestel's facilities located in Manisa for nearly 15 days last month. Parties consulted with each other about the technology level that Vestel has reached in the electric car sector. According to the information gathered on this subject, Vestel's giant step in the automotive sector will constitute the backbone of Turkey's target to produce an indigenous car. Vestel's automotive investment will be dependent on Vestel Elektronik A.Ş. The name of the new company is being kept under wraps. The company aims to create a new brand that can also be used as the brand of home-grown cars.