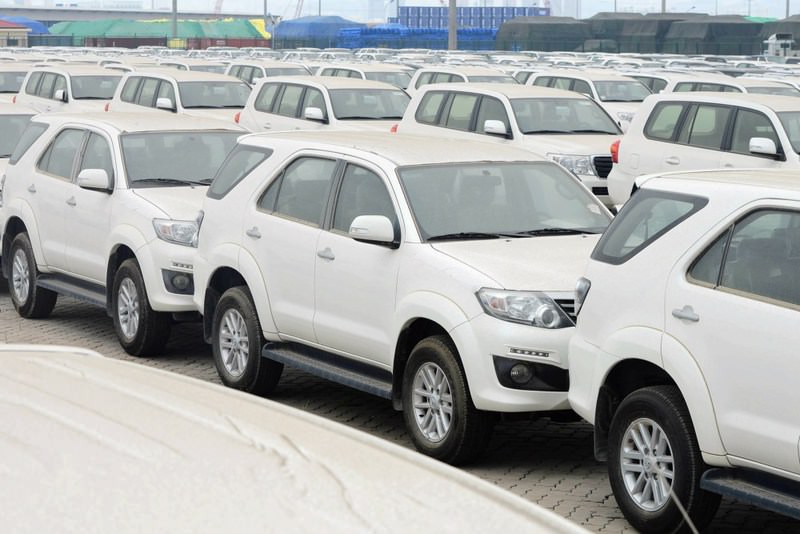 Automotive sector growth in the first two quarters has been greater than the previous two years, but the currency devaluation will likely affect pricing as automotive firms are already pressured by the luxury tax imposed on them

The automotive sector grew by 40 percent in the first half of the year compared to the same period of last year, but sector representatives expect prices to go up due to currency depreciation, which may cause a drop in sales. The Turkish lira has followed a downward trend against the dollar since the beginning of the year by losing almost 22 percent of its value. Since Turkey has been an importer of cars, this currency loss is expected to push the prices up. Speaking to Anadolu Agency regarding the effect of the appreciation of foreign currencies against the Turkish lira on automobile prices, Nissan Turkey Vice President İbrahim Anaç said, "The price increases would start with September, which would progressively go up through October." Stating a general optimism among the automotive sector following the elections, "the sector predicted that a coalition government would be formed, therefore plans were structured accordingly, hence the high number of sales expectations," said Anaç. "However, the ceilings for the foreign currency forecasts were at 3.20 and 2.90 for the euro and the dollar, respectively. We thought that the U.S. Federal Reserve (Fed) could go for a rate hike, but the foreign exchange rates turned out higher than our forecasted levels."

"The monthly devaluation of the lira is around 9 percent comparing the beginning and the end of August. This corresponds to a 9 to 10 percent hike in costs for the automotive sector. Higher costs will lead to higher prices," said Anaç. "Any exchange rate higher than 3 for euro/TL parity will bring a price increase but we do not determine prices according to the short run" Nissan Turkey Vice President Anaç said, adding "however, at this point of time, appreciation of the Turkish lira is not expected. The euro is expected to find equilibrium at the 3.20 level. If a strong signal of consistency is given to the markets in the aftermath of the snap elections, the lira might regain the value it had before the initial elections." Anaç suggested that 3.20 for euro/TL parity is an optimistic estimate until that happens. Similarly, TL 2.90 is an optimistic estimate for the dollar for the same period. In accordance with these estimates, Anaç said that automobile prices would go up by 5 to 6 percent in the intermediate term. He reiterated the expectation of a gradual price increase. Anaç emphasized the currency pressure on the players in the sector, reminding that the luxury tax has already been pressurizing them since 2013 by about 28 to 30 percent, something that the pricing does not show at full magnitude.

Anaç said that the automotive sector grew more than 40 percent in the half of the year, compared with the growth in the same period of last year. Compared with 2013's first half the growth is 20 percent, which is a better indicator of performance, said Anaç, reminding that the markets contracted in the first six months of 2014. "Considering the post-election developments in the evaluation of the second half of the year, the forecasts show a downward trend, with the sales estimates around 875,000 to 900,000. Firms might adopt a more aggressive approach in order to pursue the targets they have committed to in their end-of-year budget." Anaç said.

"Forty percent growth in the first half of 2015 was unexpected," said the Nissan Turkey vice president. "The production couldn't catch up with the demand, therefore the stock levels of the distributers and the producers are currently low, meaning that most firms conducted business without holding reserves in their inventories." Anaç said, "There are almost no firms that run with a loaded inventory at the moment, which is a crucial advantage for the sector in such times, as it removes inventory pressure." Anaç advised that the right time to buy automobiles is late August and September, he urged the buyers not to wait until the fourth quarter of the year.

The Nissan Turkey vice president informed that Nissan has no plans to conduct production in Turkey at the moment. Underlining that Turkey became a significant market in the world, Anaç said that the automobile sales numbers haven't fluctuated during recent years, and at least an average of 800,000 autos were sold every year. However he complained about the tax burden on the sector, also stressing that the interest rates in Turkey are greater than European rates. About the domestic automobile production, Anaç said, "Speaking as a manager in the sector, I couldn't want anything else more than that. I would like to have a domestic brand in Turkey that we could market and sell but there are no production related problems in Turkey. The sub-industry is very advanced in Turkey, whole cars and spare parts are produced for various firms. Research and development has gone a long way and now products that are designed in Turkey are sold in markets. He underlined that a domestic automobile is very much in reach, but what matters is the marketing of that product. Anaç said that the promotion of the domestic automobile must be done effectively.

Nissan Turkey's vice president questioned the definition of the domestic automobile, saying, "Is this supposed to mean that Turkey has to have its own brand? Or a car that is produced in Turkey count as a domestic car? Should we try to increase the volume of automobile production in Turkey? I think that is a good approach because every five to six automobiles produced creates a job for a worker."
RELATED TOPICS