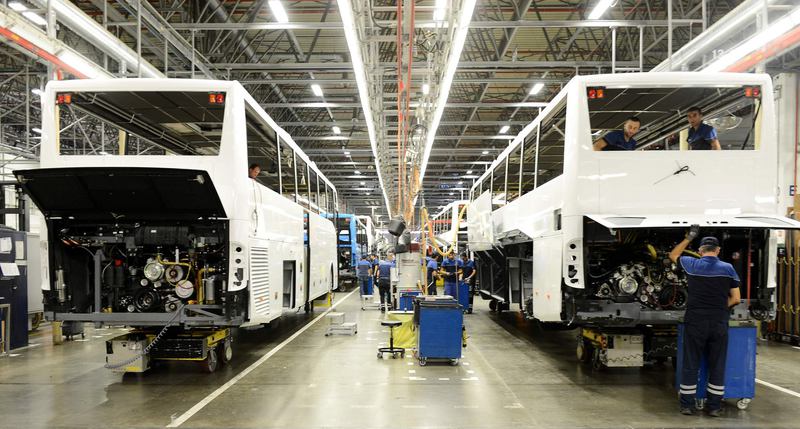 by Sep 05, 2015 12:00 am
Head of Daimler Bus Group Hartmut Schick announced that they would remain in Turkey and maintain their investments in the country.

Having been founded in 1995 and restructured in 2010, Mercedes-Benz Turkish Hoşdere Bus Factory held a press conference within its 20th anniversary.

"We have not been affected by the fluctuation in Turkish lira; our targets have been achieved. We follow our plans and we will keep achieving our targets. We will remain in Turkey and maintain our investments" said Hartmur Schick following a reporter's question stressing the concerns over fluctuations in exchange rates in Turkey.