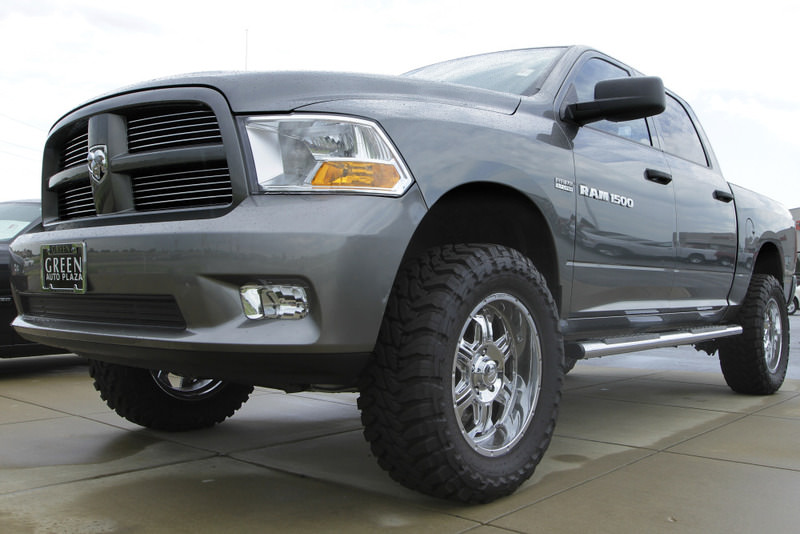 Fiat Chrysler says a company investigation found that some trucks may have steering wheel electrical wires that can wear due to contact with a spring. That can cause a short circuit that could make the driver's side air bags inflate without a crash. The company says it knows of two injuries caused by the problem but no crashes. It says an analysis of warranty data found that less than 1 percent of trucks repaired for the problem had air bags that inflated without a crash. In some affected trucks, an air bag warning light will come on before there's a problem. Dealers will inspect each vehicle, tie off the wiring harness and install protective caps on the springs. The company is now mailing notices to owners telling them about the recall. The second recall covers about 188,000 Ram Quad Cab pickups from the 2014 and 2015 model years.

Fiat Chrysler says the side curtain air bags don't comply with federal regulations that protect rear passengers if the trucks roll over. Testing by the National Highway Traffic Safety Administration found that the air bags don't stop rear passengers from hitting a roof support pillar. The company says it knows of no crashes, injuries or complaints.

Fiat Chrysler has not yet developed a fix for the problem. Owners will be told when they can make an appointment to get repairs done. The company says drivers and passengers should wear seat belts in addition to relying on air bags. In a third recall announced yesterday, Fiat Chrysler said it is calling back nearly 194,000 Ram 2500 and 2500 pickups and 3500 Chassis Cabs to fix a faulty weld in the steering system. The recall covers certain trucks from the 2013 and 2014 model years, mainly in North America. Some 2014 Ram 1500 pickups in Mexico are included in the recall.

If the weld fails, steering components can come apart and cause reduced steering capability, the company said in a statement. Fiat Chrysler said it knows of one crash but no injuries from the problem.

Customers will be told in October to take their trucks to dealers for an inspection, and if needed, the steering welds will be repaired. Dealers later will install a reinforcement bracket on trucks that weren't repaired in the first phase, the company said. Ram pickups have been recalled frequently in recent years. The 2014 Ram 1500, Fiat Chrysler's top-selling model that year, has been recalled nine times.