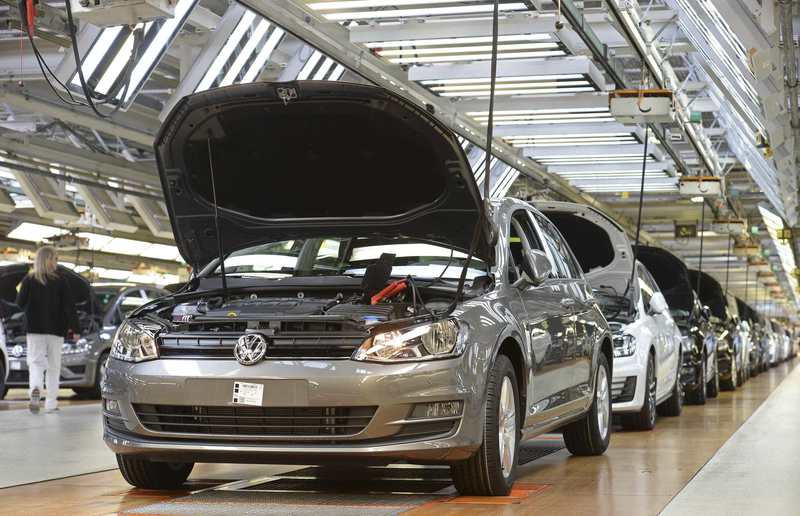 The production line is seen the Volkswagen auto plant in Wolfsburg, in this file photo taken March 3, 2015. (REUTERS Photo)
by Sep 18, 2015 12:00 am
The U.S. Environmental Protection Agency (EPA) on Friday ordered Volkswagen to recall nearly a half million diesel engine cars, saying software in the vehicles is designed to circumvent U.S. air pollution standards.

The EPA issued a notice of violation to the German automaker and accused the company of breaking the law by installing software in a "defeat device," which is programmed to detect when the car's emissions are being tested and to turn on full emissions control systems only then.

The same controls are turned off during normal driving, the EPA said. This means that the vehicles pollute far more heavily than reported by the manufacturer, according to the regulator.

"Using a defeat device in cars to evade clean air standards is illegal and a threat to public health," said Cynthia Giles, an EPA administrator.

She said the EPA worked with the California Air Resources Board prior to issuing the order and will continue to investigate "these very serious matters."

Volkswagen faces high fines and civil claims if the allegations are proved. The company's only response to the allegation was that it intends to cooperate with the investigation.

The allegations cover about 482,000 diesel passenger cars sold in the United States since 2009.