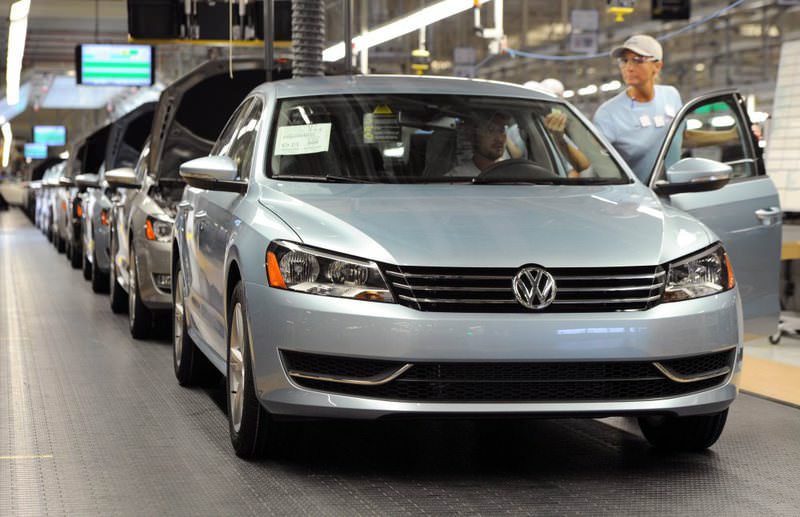 Around $18 billion was wiped off the market value of Volkswagen AG yesterday following revelations that the German carmaker rigged U.S. emissions tests for about 500,000 diesel cars

Shares in German auto giant Volkswagen plummeted more than 20 percent yesterday after it emerged that nearly half a million of its diesel cars in the United States had been fitted with software that falsified emissions data. By late morning on the Frankfurt stock exchange, VW shares had fallen by more than 20 percent to 126.35 euros, dragging down the entire market.

The scandal, which came to light on Friday, could lead to financial fines of up to $18 billion for the carmaker as well as threatening the brand's image in the United States and the rest of the world. It is unknown how far the scandal may spread.

According to the U.S. authorities, VW equipped 482,000 cars in the United States with a sophisticated software that turns off emissions controls when driving normally and turns them on only when the car is undergoing an emissions test.

Unknown to drivers, the software detects when the car is undergoing an emissions test and then activates an internal mechanism to limit the pollutant gases. This allows the car to pass the test, earning a certificate of good environmental performance.

But once the test is over, the mechanism de-activates itself, releasing pollutant gases into the air, such as nitrogen oxides that are linked to severe respiratory ailments such as asthma.

In a statement on Sunday, VW said that the EPA and the California Air Resources Board (CARB) had found that while testing diesel cars of the Volkswagen group they had "detected manipulations that violate American environmental standards."

VW chief executive Martin Winterkorn issued an apology and said the group had ordered an external investigation into the matter.

Volkswagen also said yesterday it is halting sales of four-cylinder VW and Audi diesel cars. "I can confirm that sales have been halted," a company spokesman told AFP, responding to media reports.

The deception was uncovered by the "dogged" perseverance of the non-governmental organization International Council on Clean Transportation, which alerted researchers at the University of West Virginia. After independent tests, the researchers uncovered anomalies between actual and reported gas emissions.

The EPA ordered VW to recall the vehicles concerned - four-cylinder VW and Audi diesel cars built since 2008 - and "fix the cars' emission systems." Under the U.S. Clean Air Act, fines of up to $37,500 can be imposed on each car, meaning VW could be fined more than $18 billion.

Stefan Bratzel at the Center for Automotive Management, said the damage to VW's image would be just as big as the financial fines. Now questions would be asked whether the manipulation was going on "not just in the U.S., but in Europe, too," the expert said.

"VW wanted to establish diesel-powered cars in the U.S. market. That's over now. This wreaks enormous damage on the brand," Bratzel said.

"It will be tough for VW to regain its credibility in the U.S. after this incident," he said.

He suggested it could cost chief executive Winterkorn his job, too.

Winterkorn, 68, has been chief executive since 2007, but was earlier this year involved in an ugly leadership battle with then supervisory board chief and VW patriarch Ferdinand Piech.

It was Piech who installed Winterkorn as chief executive in 2007. But he appeared to have become irked by his former protege's difficulties in making substantial inroads into the U.S. market, as well as VW's over-dependence on the Chinese market and the waning attractiveness of its core Volkswagen brand.

At the end of a bitter and very public battle, 78-year-old Piech finally resigned in April. "I think VW needs a fresh start," Dudenhoeffer said.

Meanwhile, the German government asked carmakers for information yesterday to ascertain whether they were involved in falsifying car emissions data, as Volkswagen has admitted to doing in the United States.

"We expect from manufacturers reliable information so that the Federal Motor Transport Authority or KBA can investigate whether similar manipulation has taken place in Germany or in Europe," a spokesman for the environment ministry, Andreas Kuebler, told a regular government news briefing. A transport ministry spokesman said it was not yet known whether a similar scam had been carried out in Europe.
RELATED TOPICS