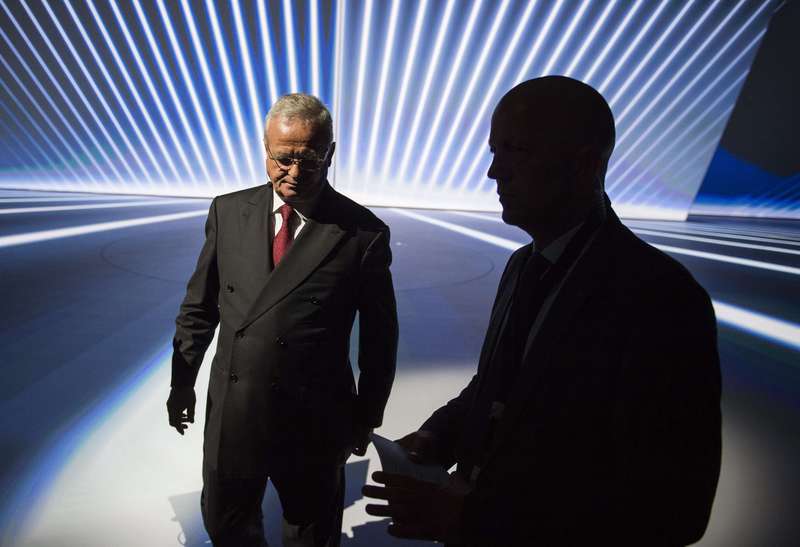 by Associated Press Sep 23, 2015 12:00 am
Volkswagen CEO Martin Winterkorn stepped down Wednesday over a scandal in which the German carmaker admitted to rigging its diesel cars' emissions to pass U.S. tests.

In a statement, Winterkorn said he took responsibility for the "irregularities" found in diesel engines but that he was "not aware of any wrongdoing on my part."

No replacement for the post of CEO was announced.

"Volkswagen needs a fresh start also in terms of personnel," he said. "I am clearing the way for this fresh start with my resignation."

Winterkorn said VW must continue the process of "clarification and transparency."

"This is the only way to win back trust. I am convinced that the Volkswagen Group and its team will overcome this grave crisis," he added.

Following his statement, VW's share price was up 8.7 percent at 121 euros.

Still, it has a long way to make up for the declines that saw nearly 25 billion euros (around $28 billion) wiped off the company's market value.

Winterkorn had come under intense pressure since last Friday's disclosure from the Environmental Protection Agency that the company had tried to dupe testers over emissions coming from its diesel cars.

His contract was scheduled to be extended by two years through 2018 at a meeting this Friday of the supervisory board.

The Environmental Protection Agency has said Volkswagen AG could face fines of as much as $18 billion. Other countries, such as South Korea, have also ordered investigations into emission levels of VW cars and some law firms in North America have filed class-action suits.

On Tuesday, Volkswagen said 11 million of its vehicles worldwide contained the so-called "defeat device" that allowed the cars to beat the testers. Its revelation was a stunning increase from the 482,000 cars previously identified by the U.S.'s Environmental Protection Agency.